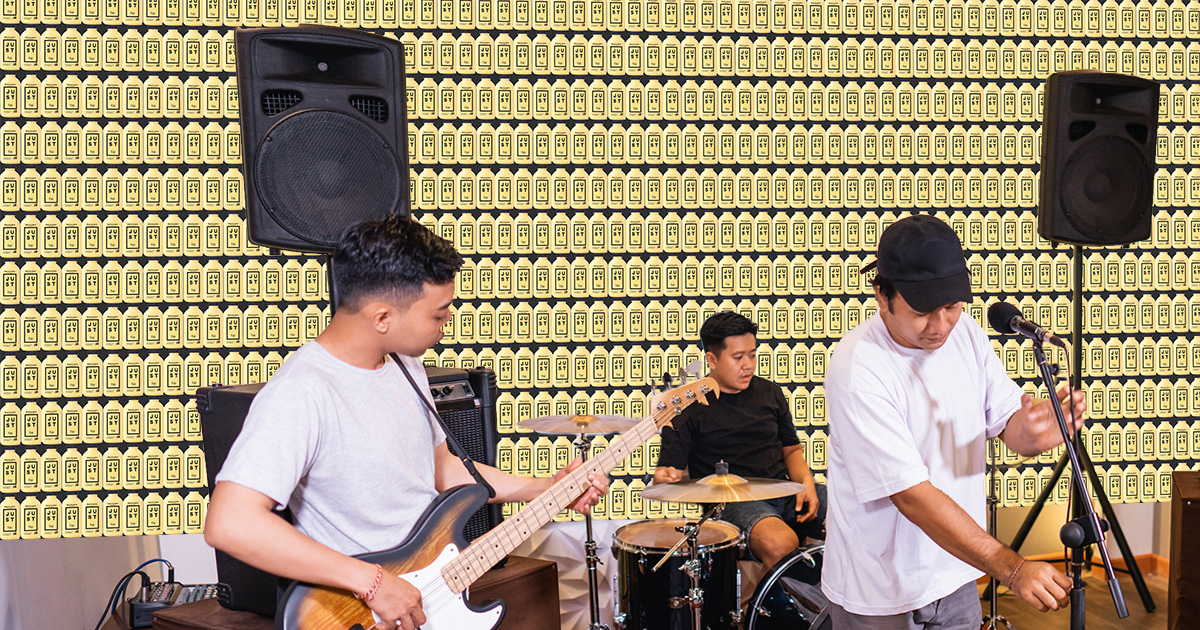 “As a plant-based egg substitute, JUST Egg scrambles and fluffs like the real thing,” McNally said while hammering a nail through another freshly emptied squeeze bottle and into his studio drywall. “And their bottles are just as effective on my tracking room walls to dampen sound as regular egg cartons. Plus, JUST Egg is made using 98% less water than traditional acoustic wall treatment, and it even works for quiches. I just feel so much better knowing that my studio reduces harm to all animals out there.”

Musicians recording with McNally have attempted to explain why vegan alternatives to acoustic paneling might not be the best course of action.

“I tried telling him that it’s the irregular shape of the egg cartons that make them effective at absorbing and diffusing sound waves,” said rapper Trent Barz, who was visiting McNally’s studio to record a feature for an upcoming release. “But he just said that factory farming has no place in his studio, and if I wanted my new tracks to sound like climate catastrophe then I should go somewhere else. I didn’t even want to tell him that I’m also vegan, so I just dropped it. He has a really nice ribbon mic and he lets me pay for studio time with kitchen grease for his biodiesel station wagon.”

While there has been no evidence to support their bottles’ efficacy as acoustic paneling, representatives from JUST Egg hope other customers follow McNally’s example.

“Our protein-rich, mung-based products have been fueling creativity since our inception,” said JUST COO Melanie Christgau. “We’d like to encourage all of our customers to find alternate uses for our empty bottles, especially since that plastic is pretty much going to be around forever, and that’s honestly not been great for our environmentally-conscious image. We tried coming up with some different packaging that would biodegrade, but it didn’t react well with our product and a lot of warehouse workers ended up with chemical burns.”

McNally further confused his clients when he was seen pouring 14 pounds of Follow Your Heart shredded dairy-free cheese into a bass cab.