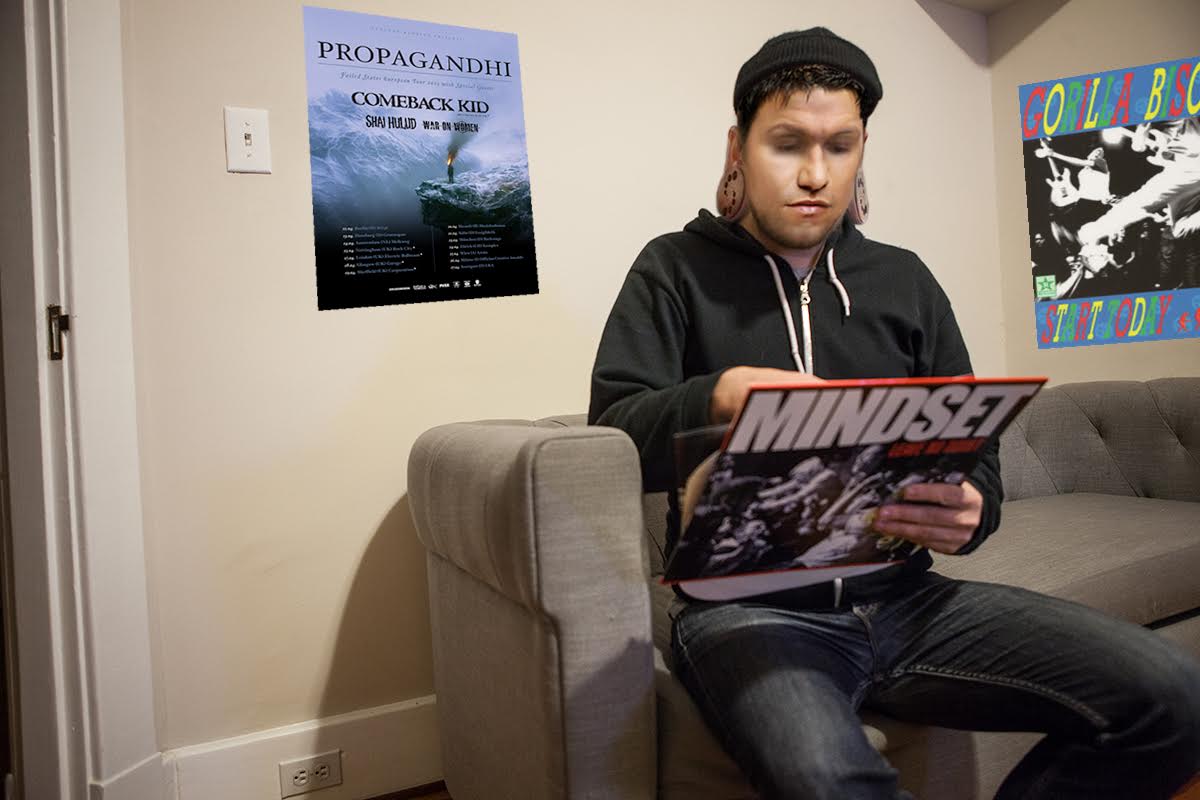 SACRAMENTO, Calif. – Vegan punk Tony Larson has taken his lifestyle choice to the next level by ensuring that even the songs he consumes do not contain traces of meat or dairy hidden within the lyrics.

Staff at Scratchtone Records looked on helplessly as Larson grew increasingly impatient with the lack of clear labeling of lyrical content, describing the situation as an insult to the ethical consumer.

“Take this Agnostic Front EP — there needs to be proper clarification of what’s in this ‘United Blood,’ because it sounds to me like some sort of sick cocktail of everything in the animal kingdom,” Larson said incredulously.

Larson, a self-professed “born again” vegan, reportedly did not stop there on his quest to ensure he did not take home any record which contained lyrics propagated on the suffering of animals. “I mean, how fucking hard is it to write a record that doesn’t exploit innocent animals for personal gain?” said Larson, angrily throwing to the floor albums by Gorilla Biscuits and Rattus. “That’s why I always rip open the plastic seal and tear out the lyric insert before buying my records. You never know where suffering might be hiding.”

Scratchtone staff worked feverishly to clean up the growing pile of unacceptable records amid Larson’s heated lecturing. “Most people don’t know that Echo and the Bunnymen’s ‘Lips Like Sugar’ was processed through animal bone char. Wake me when it’s ‘Lips Like Pure Agave,’” said Larson, throwing the record over his shoulder.

“I have to make sure that all the jams I buy do not contain gelatin, get it?” said Larson with a wry smile.

Having made his point frustratingly unclear, Larson eventually made his way to the counter with a handful of lyrically unobjectionable records, including yet another copy of Fresh Fruit for Rotting Vegetables, among others.

“I was a little surprised to find that these Dead Milkmen and Swingin’ Utters albums checked out, too. But I don’t actually have the money to buy them today, so I am going to put them on hold for now,” said Larson.