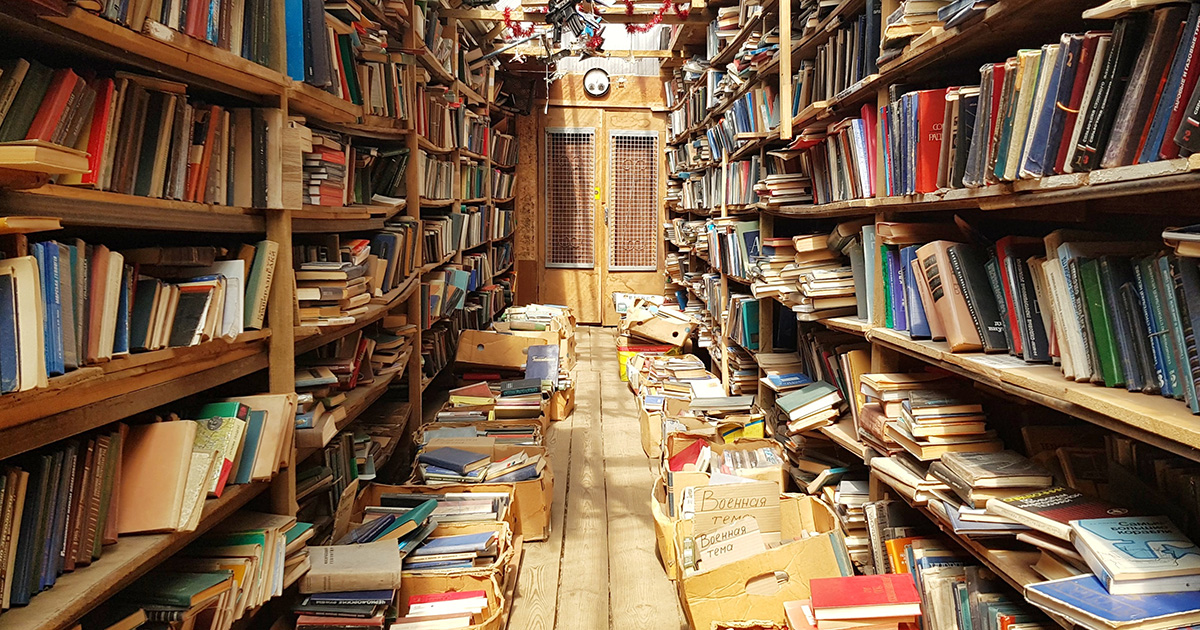 WINNIPEG, Manitoba — WheatGrain Books in downtown Winnipeg continues to worry small business owners in the area due to the fact it’s easily the biggest fire hazard in the entire city, confirmed sources that were told to find a different storefront to smoke in front of.

“Well that’s news to me,” replied owner Lenny Boychuk as he carried a swaying tower of books. “Sure it’s a bit unorganized, but there’s so much work to do as a small business owner, it’s tough. I need to organize those old newspapers by the heater, fix those loose hanging wires, repair the heater’s natural gas line, and all kinds of little tasks. I just don’t have the time to get it all done by myself. Between cell phones, social media, and Amazon, I’m up to my neck in competition. You try running a bookstore in 2022. It’s impossible.”

The store’s patrons seemed unsurprised by the news, though some of them did acknowledge that the thrill of the hunt outweighed the threat of death by suffocating inferno.

“Whenever I can support local businesses I do,” said University of Winnipeg student Ashley Friesen as she dropped bread crumbs behind her so she could find her way out in a hurry if need be. “With all these paperbacks, old wooden floors, and cracked windows that act as a magnifying glass during sunset, it can be distracting for sure. But it’s also the only place you have any chance of finding a used Murakami. They’re like $30 bucks at Chapters, so I take my chances here as long as it’s not too crowded. There’s only one exit, and you have to squeeze through a narrow staircase that’s heavily obstructed with book piles just to get out, but that’s part of the charm.”

Some wonder how WheatGrain Books stays open despite the fact that the whole building could be engulfed in flames within minutes. Authorities weighed in.

“We know that place, you can bet your bottom loonie!” laughed Winnipeg Fire Chief Roland Santos-Wiebe as he fed garlic sausage to a dalmatian. “The problem is that the place is a heritage building and city hall won’t let us touch it. You know the paperwork involved with something like that? Believe me, I’ve tried. We even have a bet going at the station about how fast it’s gonna go up. I don’t know, with global warming and everything, it could be a lot quicker than people think.”

At press time, the manager of the orphanage next door to WheatGrain Books was seen browsing for a new property online.