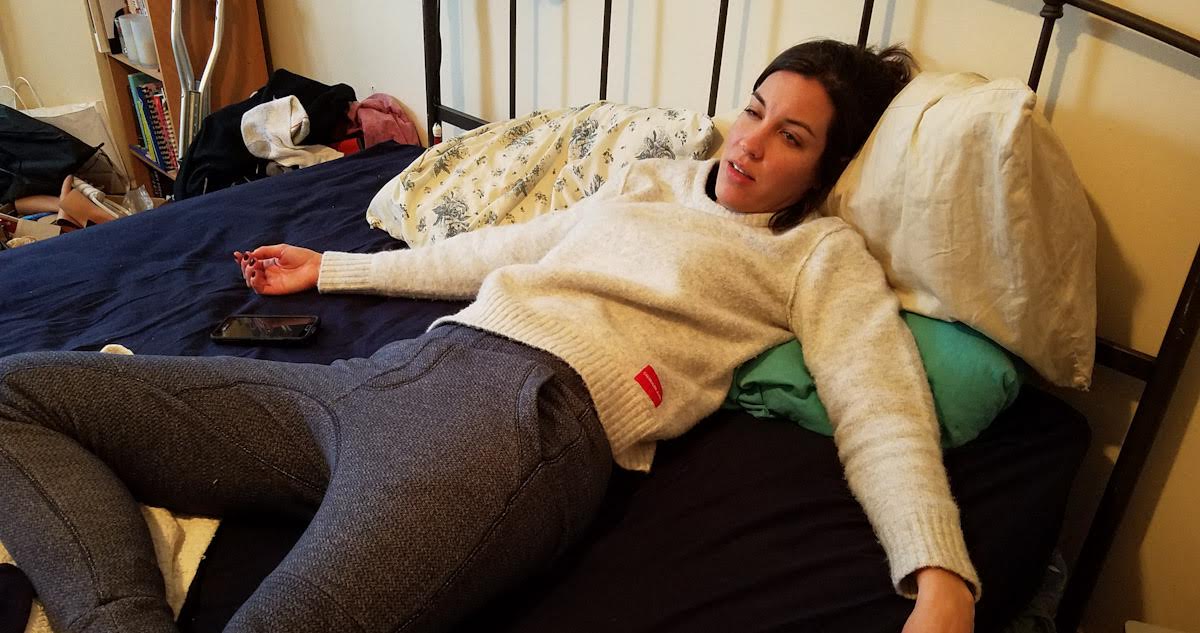 “She was super bummed out when she got home,” said Amber Miller, Lefler’s roommate. “I don’t really know why — this began 5 minutes after she didn’t get a response. And apparently, her text wasn’t a question, so, like, it’s pretty reasonable he wouldn’t answer at all. Plus, it’s late, and a weeknight. Maybe he’s just doing something crazy like, I don’t know… sleeping.”

Unfortunately, Lefler instantly assumed the worst, descending down a spiral of psychological unraveling.

“OK, so… I went on a date last night. It went really well, we got along great… and, after, I thought a quick, ‘Hey, that was fun!’ text would be nice,” said Lefler, speaking uncontrollably fast. “Like, I thought it went well. Maybe it didn’t? Did it not? We were both laughing — he seemed to have a good time — and when I said, ‘Let’s do this again,’ he was like, ‘Yeah, definitely, text me whenever!’ Why would he say that if he was gonna ghost me? Did he maybe not realize it was a date? Was I unclear?”

“How hard would it be to just give a quick, ‘Haha, yeah,’ or something… right?” she asked. “That seems reasonable. I think that’s reasonable.”

An alleged appearance of a three-dot typing alert in Lefler’s chat window only exacerbated her analysis and evaluation of the date.

“I stupidly texted, ‘Were you about to say something?’ And I know that was a mistake. I know it,” said Lefler, slightly bending the outer casting on his phone from clutching it so hard. “What do you think? Should I switch from WiFi to LTE? Would that even help? Is he ghosting me? Is he playing games?”

“Should I have waited longer to text him? Should I not have texted him at all? Should I text him again?” Lefler asked, hyperventilating. “Is it because I coughed without covering my mouth? Was it my hair? Am I not tall enough? Am I too tall? Am I being completely irrational?”

At press time, Lefler was curled in the fetal position, trying to decipher her date’s eventual response of, “That sounds good, let’s do it again soon.”