Ugly Christmas Sweater Grows Up to be Beautiful Bathrobe 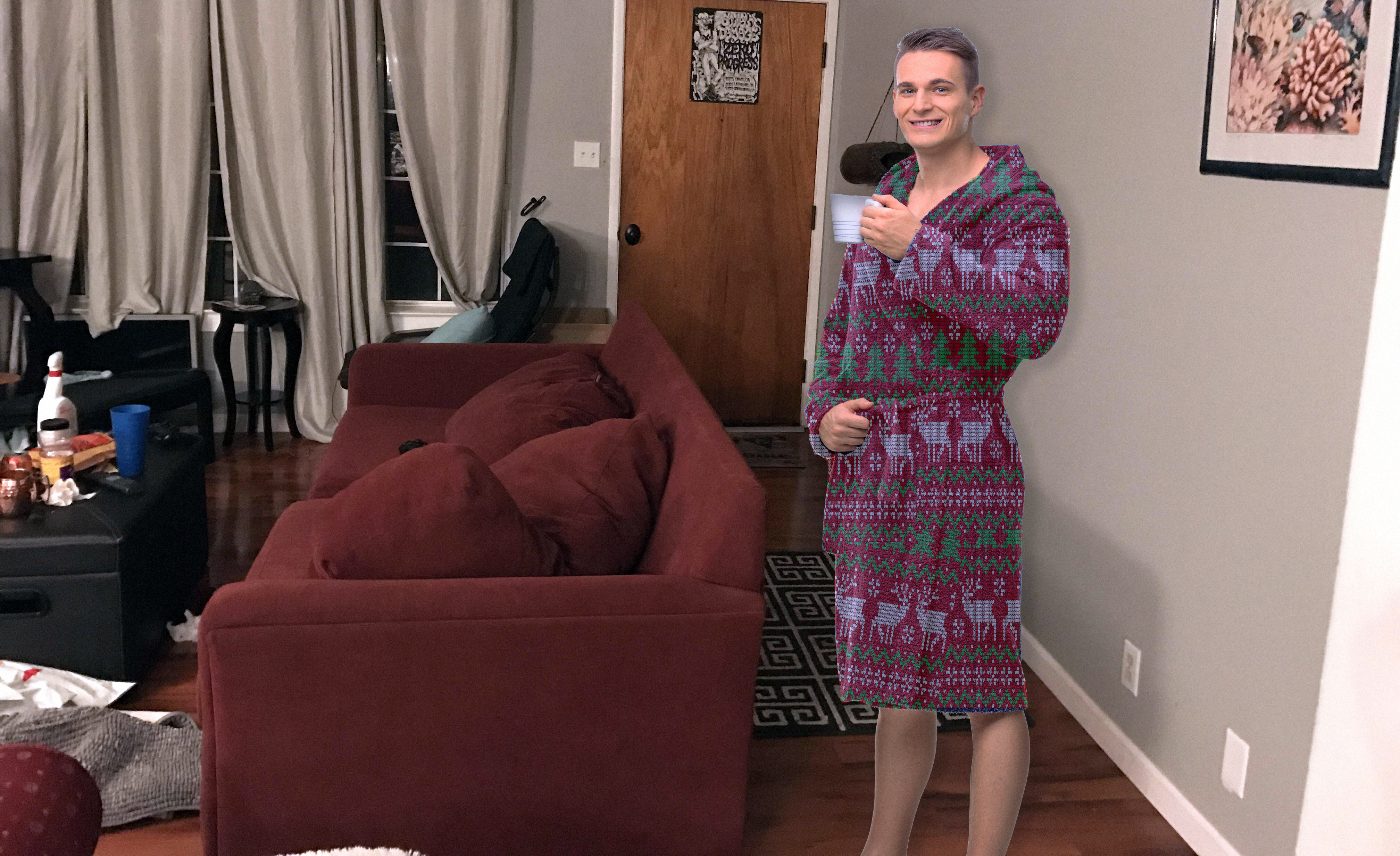 ODENSE, Kan. — An ugly Christmas sweater has reportedly grown up into a beautiful bathrobe, in what one lucky local man described as a “Christmas miracle.”

Carmichael made the discovery on Christmas Eve morning while wrapping presents and hiding them in his closet.

“Every year around Christmas, I bust out the same ugly sweater — it’s a hit at all the holiday parties, and this year was no exception,” said former sweater owner Dan Carmichael, still baffled by the flowing robe now adorning his body. “It was kind of kicked off in the corner, and when I picked it up… I couldn’t believe what I was seeing. It was stunning.”

The oversized button-up wool sweater, which had started to deteriorate after years of ironic use, allegedly transformed overnight into an elegant, knee-length microfiber robe with terry cloth lining, which Carmichael praised as “comfortable and surprisingly absorbent.”

Friends of Carmichael are just as surprised by the sweater’s sudden metamorphosis.

“We always mocked that sweater — it was one of the ugliest things I had ever seen. The sleeves were four times too long, it smelled like a basement, and it would give you a static shock if you moved your arms too fast while wearing it,” said Julie Lawrence, a longtime critic of the sweater. “But now? Look at it. The way it hangs off your body, the collar… even the belt is enough to make your heart skip a beat.”

Noted designer Donovan Cleary offered an explanation as to how the sweater grew to its current shape.

“Everything has an essence. Every time this sweater was worn, it was laughed at; mocked,” said Cleary. “Once the sweater was able to realize its full potential, it transformed into what it was always meant to be — a full body covering for a freshly showered human, or, the standard choice of clothing for rich octogenarians.”

Carmichael claimed he does not expect any more of his clothing to undergo drastic changes, but he does intend to show off the robe at many more social occasions.

“My friends and I have lots of theme parties, and now, I finally have something to wear to Joanne’s annual Beautiful Bathrobe Bash,” said Carmichael.