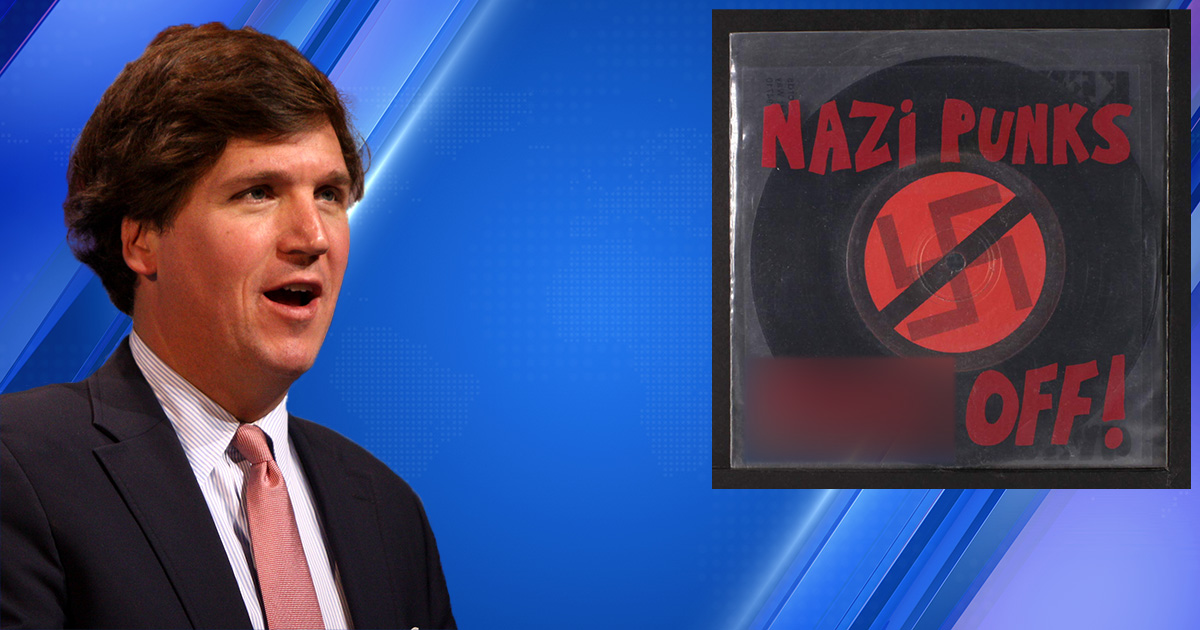 “Hearing this grotesquely un-American song filled me with shock and horror I haven’t experienced since Barack Hussein Obama entered our White House,” the Republican standard-bearer said with disgust. “Viewers of this program know the left is obsessed with cancel culture, and this song uses expletives to disenfranchise people who like to start fights at shows. If they can cancel Nazis, they can cancel you, kidnap your children, and drink their blood. This song might appeal to AOC and her social justice warriors, but those of us who love this country have authentic punk bands like Brutal Attack on our playlists.”

And if the Democrats know what’s good for them, they should remember what made a band name like Dead Kennedys possible in the first place,” Carlson added before cutting to a commercial break for blood pressure medication.

Tucker’s fans applauded his defense of their right to say and do whatever they want without any consequences.

“Somebody has to talk about these Satan worshiping globalists who are trying to destroy this country’s age-old traditions of being white and Christian,” said local school board candidate Tyler Martin. “You won’t hear what Tucker says on other networks, because you-know-who owns them all. Last week at work my supervisor told me to take the Auschwitz Summer Camp pin off of my uniform because he doesn’t want the local press catching any more Sheriff Deputies wearing those, but I call bullshit. It’s because of that Dead Jello song. This band needs to be boycotted before it gets worse.”

Tucker’s analysis was not without critics.

“This legendary punk song is still triggering fragile little Nazi snowflakes forty years after its original release,” added local scene vet and Anthropologist Dr. Patrick Donaldson. “It’s always the same shit with these assholes. Bullies until someone speaks up, and then they cry about getting cancelled. But ideologically speaking, Nazis want to literally cancel everyone different from them. Telling Tucker to fuck off isn’t the same, and all of humanity would benefit if he did.”