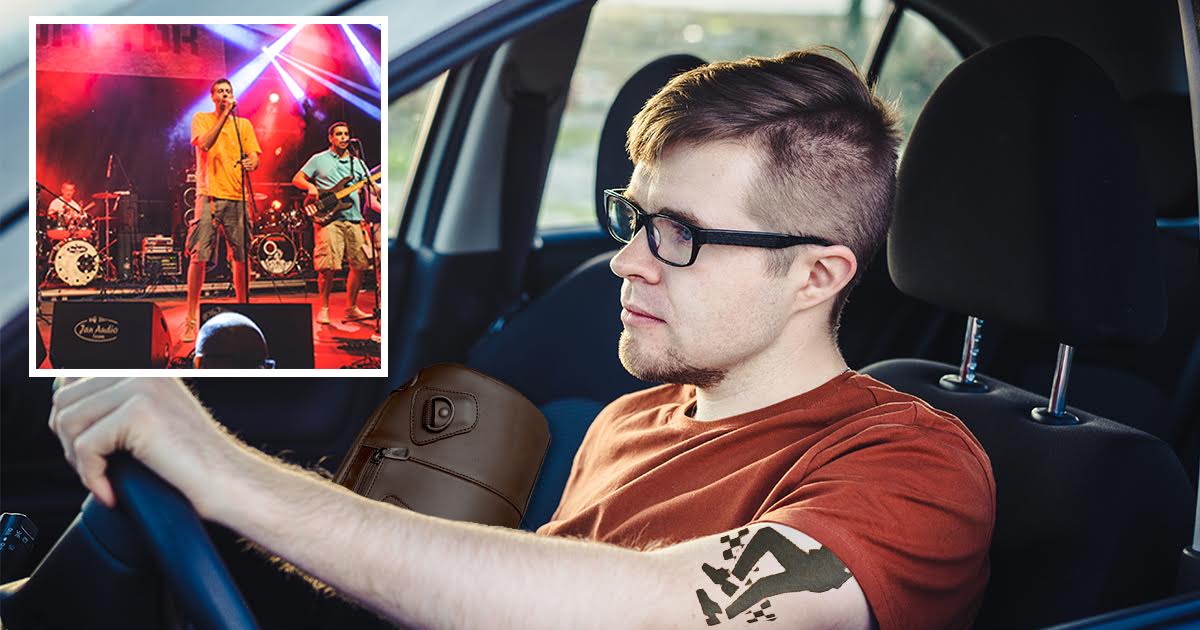 “I was already running late, because my finger exercises ran a little long,” said McMurphy. “But then they closed down the Interstate because of a mattress in the road. I realized I wasn’t going to make it in time. I hated to disappoint everyone, but I couldn’t help it.”

“You could barely see it happening at first,” said local music fan Theresa Wallace. “It was the smallest change in their demeanor. The band became somehow… less fucking lame. I’ve seen these guys play a lot, and there was just something about not having a guy dancing and playing a brass instrument that made them slightly more legit.”

Other witnesses noted that small changes, such as the guitarist turning up his amplifier to compensate for the missing horn, and the drummer loosening the tuning on his snare drum, played a major factor. When singer Benny Henderson removed his “stupid fedora and dorky suspenders,” reports confirm the band’s transformation was complete.

“When the bassist took off that extra-small pink Atari t-shirt and played shirtless, I gained a bit of respect for them,” said Trench Moore, an audience member wearing a ripped, sleeveless jean jacket to show off his DIY tattoos. “I was about to heckle them and leave, but I stuck around. They were fine, I guess. Not bad; not great, either. But certainly not the worst band that played.”

Following the show, McMurphy found he was permanently removed from the band

“I tried calling the band the next morning to apologize, but the guys sounded really different. Benny called me a ‘horn-jockey’ and ‘a pathetic little poser’ and then hung up,” said McMurphy, trying to hold back his emotions. “I just don’t understand. We’ve been best friends since grade school.”

At press time, Honk Republic had renamed itself Kunt Republic and was running two hours late for an 11 p.m. show the following night.