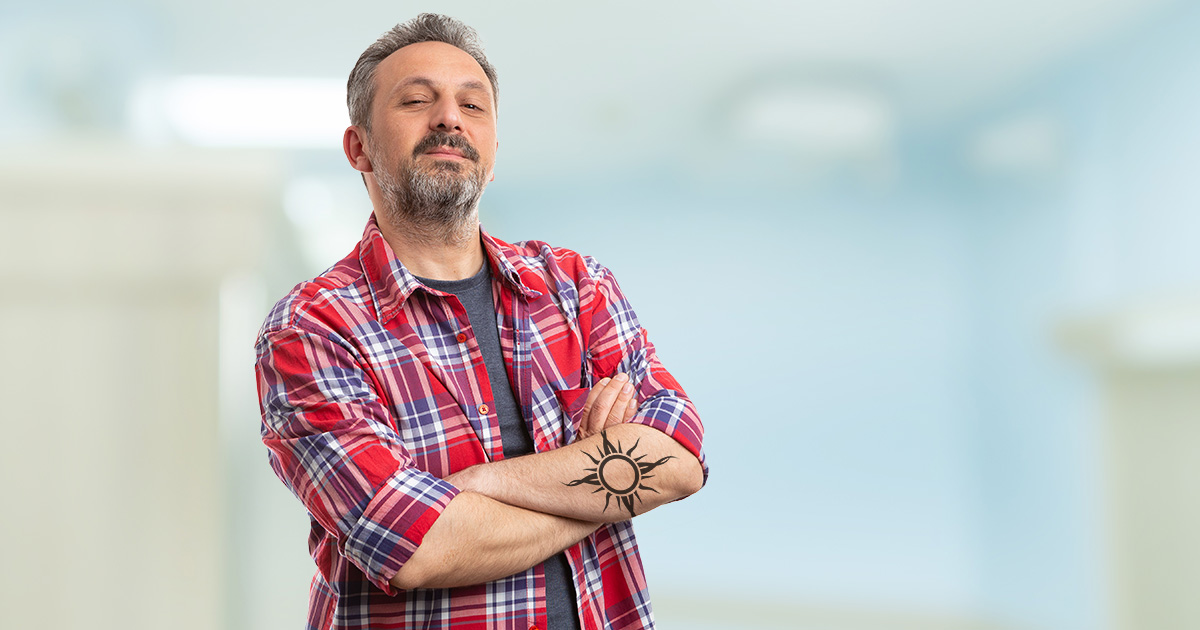 TAMPA, Fla. — Local man Blake Davis, known for his large tribal tattoo that doubles as a Godsmack tattoo, went door-to-door this week to explain to his neighbors that the same tattoo could now be used to positively identify him as a sex offender.

“This shit is a goddamn travesty, man,” said Davis, while making sure he took the long way home to avoid entering any school zones. “First, the cops arrested me over a misunderstanding: I was in the library when my penis suddenly became hard, and out of confusion, I took my pants down and asked a few nursing students if they could take a look at it — I can’t be the first guy that’s happened to. Now they’re using my kickass tribal and Godsmack tattoo to identify me as a sex offender? I’m the real victim here!”

“I was doing my usual Saturday night hang at Quail & Britches when [Davis] started trying to talk to me,” recounted Taylor. “He was wasted and trying to lay some game on me, and when I refused a drink offer from him, he got pissed and called me a ‘dumb bitch’ and ‘Mayor of Slut Town,’ whatever that means. Then he went over to the jukebox and loaded up three hours of Puddle of Mudd, Drowning Pool, and Staind songs and just sat there staring at me while grinding up against a table.”

A detective from the sex crimes division of the Tampa Police Department defended the restrictions on Davis.

“Look, I’m not saying all people with tribal tattoos are sex offenders. Just most,” said Det. Trisha Blackwell. “It’s bad enough this guy is a champion of early 2000s nü-metal — add a few indecent exposure charges on there and you know all you need to know about who he is. His tattoo might as well say, ‘Caution: Rapist Approaching.’ Let’s not fool ourselves here. Have you ever been to a Godsmack concert? Yikes.”

Davis is considering covering his tribal/Godsmack tat with a new Buckcherry tattoo, which sex criminologists say may serve as an even better warning sign.