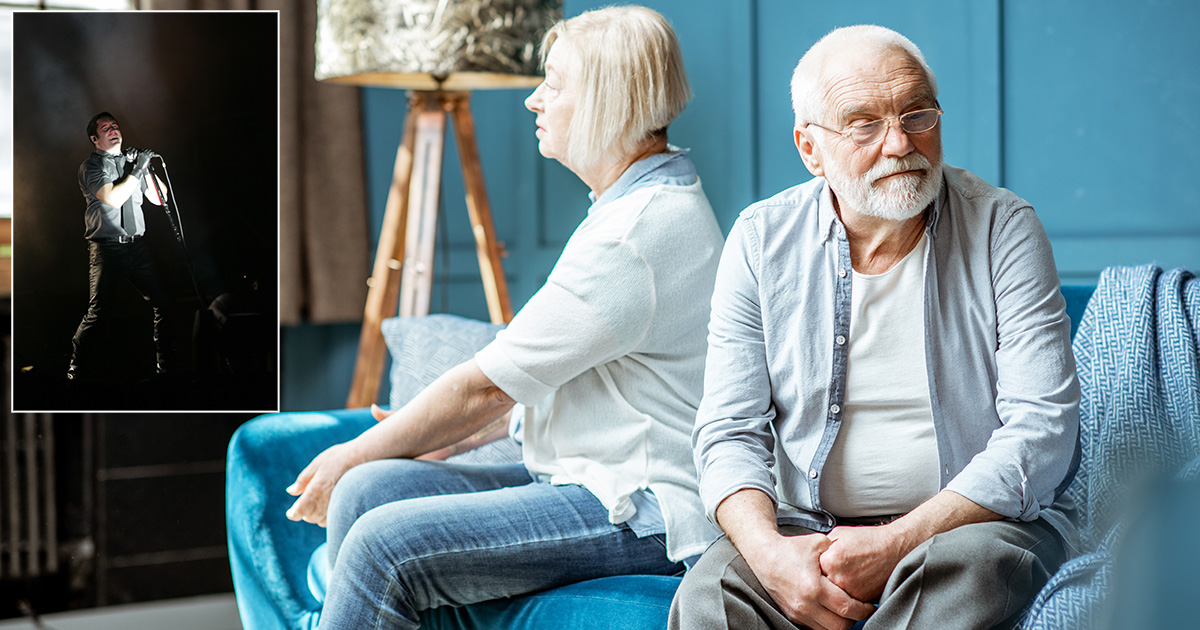 MERCER, Pa. — Nancy Lou and Michael Reznor remain optimistic that their son Trent’s strange clothing, dour attitude, and obsession with the macabre is nothing more than an adolescent phase, confirmed sources embedded with the family during a weekend visit.

“I just know Trenty will wake up one day soon and turn that little frown upside down,” explained the musician’s mother as she pulled a sheet of freshly baked cookies out of the oven. “He turned 57 this year, and if you ask me, that means it’s finally time for him to stop listening to that devil worship music and going up to the attic to feed spiders and read books about Draculas. He’s a good kid, you know. Smart as a whip and a real whizz with computers. We keep telling him it’s not too late to stop goofing around and go to dental school like his cousin Brent did.”

Despite his parents’ cheery confidence, Trent Reznor maintains that his AARP membership likely rules out the possibility that he’s still in the midst of a passing phase.

“You’d think it would be enough for my parents that I’ve sold millions and millions of records and won multiple Grammys and Oscars,” Reznor complained as he lit a candlestick in preparation for a nighttime stroll through the desolate countryside of suburban Pennsylvania. “But no, they still treat me like I’m a freaking teenager. I tried explaining to them that my music isn’t even goth, it’s industrial. But then my dad was like, ‘If your music is industrial and you wear construction boots, how come you can’t even properly caulk your own bathtub?’ What a dick.”

As unlikely as it may seem, experts argue that it is quite possible that Reznor will one day decide to move on from this long-lasting developmental stage.

“After a 40-year career and tremendous success, it might come as a shock if Trent Reznor suddenly admitted his entire identity is just a phase and suddenly changed genres,” admitted music journalist Sarah Clarkson. “But, you never know. Just last week, Rammstein announced that they had grown out of the whole S&M and flamethrower thing and that their next album was going to be an upbeat album of party anthems inspired by 90s groups like S Club 7 and Vengaboys. Their moms must be thrilled.”

As of press time, Reznor was so upset with his parents that he threw a tantrum, locking himself in his old childhood bedroom and refusing to come out until they promised to take him for ice cream.