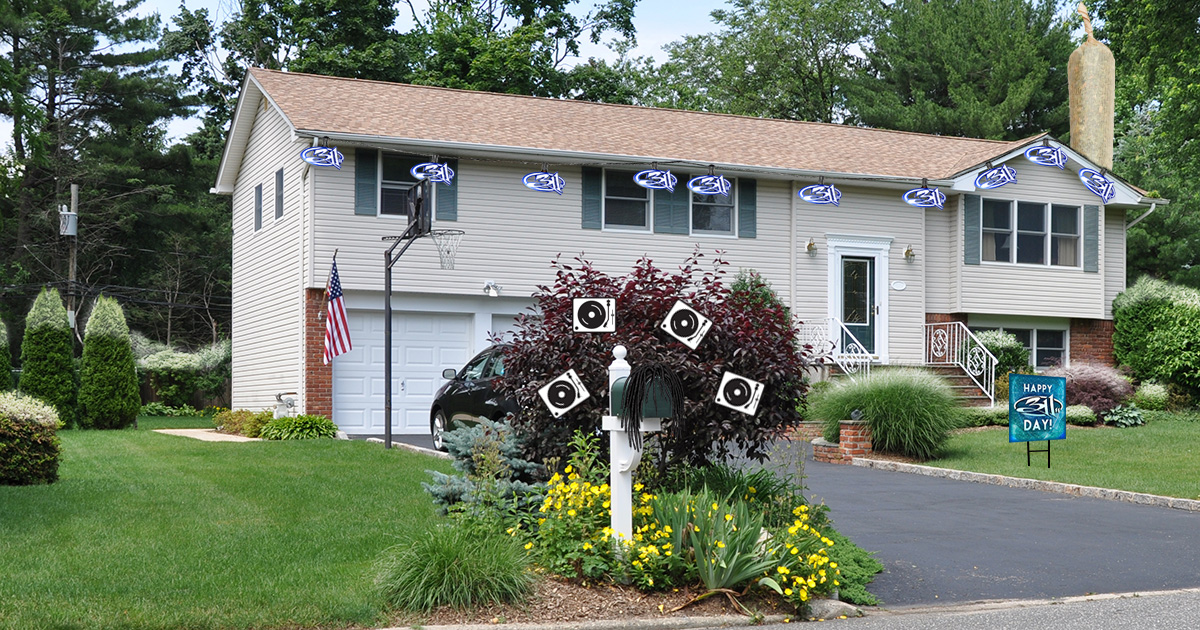 LAWRENCE, Kan. — A local home is angering neighbors by leaving their 311 Day decorations up long after the holiday has passed and allowing the display items to fall into disrepair, nearby sources report.

“Look, I celebrate 311 Day just as much as the next person,” said irritated neighbor Robert Mazlinger, who took down his home’s inflatable lawn effigy of 311 drummer Chad Sexton on March 12. “It’s a wonderful tradition for the whole family, and it brings people closer together. But it looks completely fucking awful when those shitheads down the block leave their turntable decorations up in their trees for weeks and they still have their 311 lights blinking the rhythm to ‘All Mixed Up.’ I’m not a snob, but it’s pretty low-class to leave that shit up when they can see everyone else has taken down the chimney wraps that make them look like huge joints.”

“Also, neighborhood association by-laws state that 311 Day decorations be down by end of week,” Mazlinger added. “Verbatim, it says “down or you don’t get to get down. C’mon.”

Josh and Jana Fowler, who own the eyesore in question, don’t see what the big deal is.

“So we don’t take our 311 Day decorations down the second we finish our mugs of homebrew and do the traditional last skank dance of the night,” said Josh Fowler. “What of it? We love 311 Day, and it only comes once a year. It’s just nice to keep up the 311 spirit a little bit longer, and keep that special feeling when everyone is just a little bit nicer to everyone else and is constantly spinning sick grooves like ‘Omaha Stylee.’ We do our family rap-a-longs to ‘Hive’ a bit longer than some people, and we leave the frosted tips on our hedges for a few extra weeks. Whatever, it’s their problem.”

Aaron “P-Nut” Wills, the bassist of 311, had mixed feelings about it all.

“Look, me and the boys love bringing joy, harmony, and reggae-inflected rap-rock to the world,” said Wills. “And we are absolutely delighted that 311 Day has become a global day of celebration, much like the 311 Pow Wow Festival and our sensibly-priced, all-inclusive 311 Caribbean Festival Cruises. But dude, you gotta take that shit down after two days, max. Having a giant blow-up picture of my face on your front door into April just looks terrible, and probably lowers property values.”

As of press time, neighbors were attempting to discreetly remove the dreadlocks from the Fowler family’s mailbox.