Trans Woman Desperate for Someone to Just Feel Neutral About Her 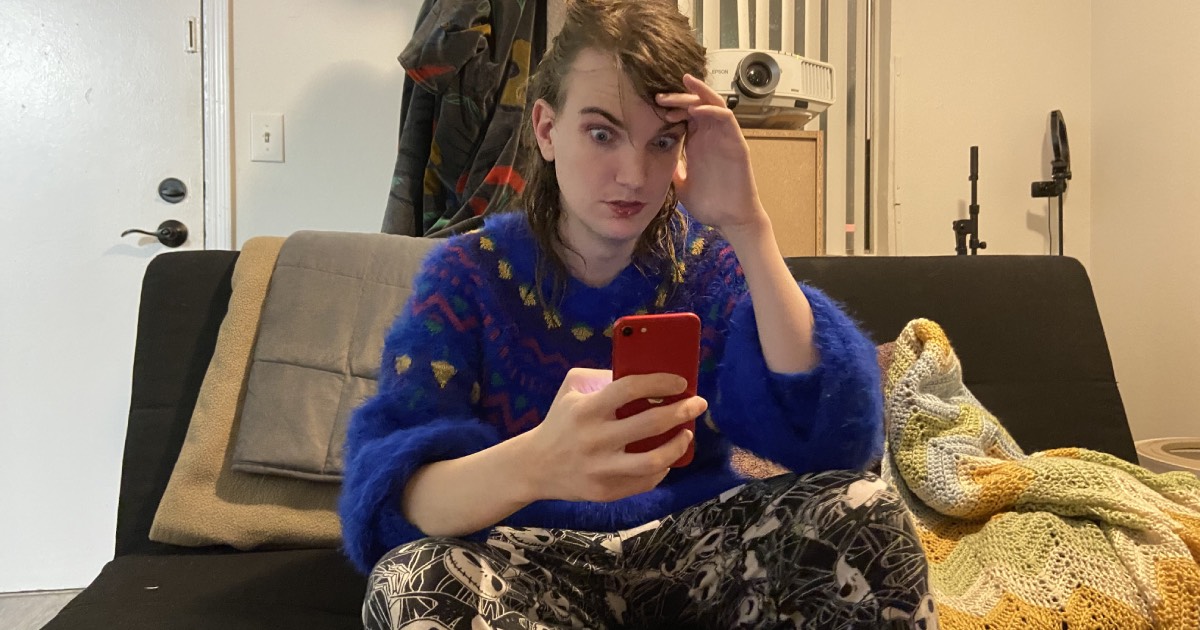 LOS ANGELES — Local trans woman Ruby Aldorff posted a picture of herself eating a hotdog on Instagram yesterday, desperate for anyone to not have an opinion about it, sources report.

“It’s not that I don’t want people to comment on my pictures; I could just really use something in between a suburban woman scream-typing ‘yas queen’ and a man calling me the ‘T’ slur,” explained a tired Aldorff. “I would just love for someone to comment on the content of the picture for once, and not what they decide to believe I represent. Like, it was literally just a picture of me eating a hot dog. There’s nothing repulsive or remarkable about that. Don’t get me wrong, I absolutely appreciate the positive comments… but when another white woman appropriates AAVE to unsuccessfully signal that she’s down with the queers on a picture of me eating a hot dog, it feels pretty dishonest.”

“Like, at least I know where the ‘T’ slur guy stands,” she added, “and to block him on all platforms.”

Aldorff’s friend’s mom and frequent Instagram commenter Brenda Mills was overcome with emotion by the photo.

“I just love seeing Ruby’s pictures online because, um hello, gorgeous! But it’s also inspiring to see him come into his own as a woman,” stated an absolutely oblivious Mills. “I’m just so proud to know a trans woman. It truly makes me feel like I’m doing something right. It’s really true what they say — if you’re gonna call yourself a liberal, you have to do the work, and I really feel I’ve put in the work by tangentially knowing one trans person.”

Dan Stevens, a man who found Aldorff’s photo under #hotdog, had a different experience.

“She’s not a real woman. No matter how hard she tries, she’s never going to be a real woman,” coughed a sweating Stevens. “Not a single thing about her eating that hotdog was hot to me. I can’t sexually objectify someone who’s a man; that’d make me gay. Instead, I have to secretly objectify her in a way that is closer to fetishization — I’ll put her in a category that is neither male nor female, but also not in a nonbinary way. I will see her as a sexual object as I do with all women, but out of fear of being called gay, I will tell no one and let it transform into a sexually fueled hatred that will eventually get someone killed. Obviously.”

Aldorff will now be reading all comments in a Kermit the Frog voice to take some of the edge off.