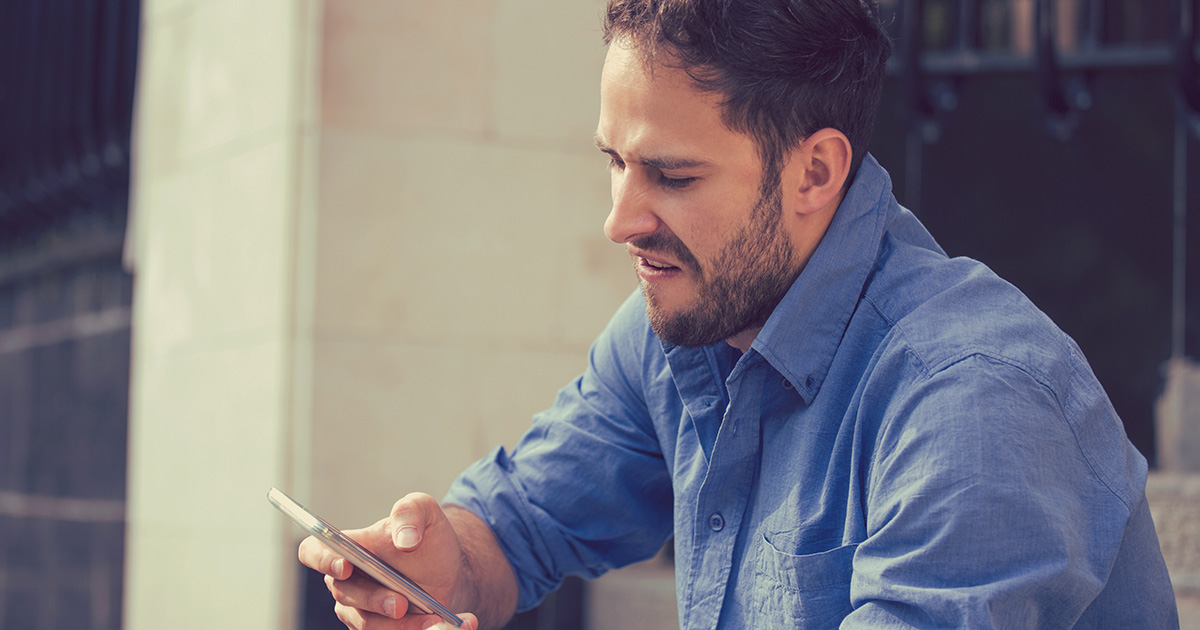 SAN DIMAS, Calif. — Local delusional man Scott Marin thinks you and he still have a friendship despite you dumping his close friend Rosa Levinson months ago.

“It’s so weird. It was a messy, dragged-out breakup, yet dipshit-ass Scott over here is still sending me memes every day as if our entire friendship wasn’t one big social sham that ended the minute I said Rosa and I should see other people,” said you, who has really started turning your life around after the breakup. “Rosa and I had weeks of fights and hard, emotional conversations. It got ugly! And Scott is tight with Rosa so he clearly knows this. But he keeps sending me pictures of Santana with the guitar Photoshopped out to be a fish, or videos of people falling off rope swings. Leave me alone already. The breakup was hard enough.”

Marin appeared to be oblivious to the social fractures caused by the breakup.

“It’s such a bummer that they couldn’t make it work but the way I see it, I end up with two friends now,” said Marin, who similarly doesn’t realize that he shouldn’t talk to coworkers about his pornography preferences. “My birthday party is coming up in a few weeks, and I’m looking forward to seeing both of them there. I bet they’ll be on great terms by then. You know that old saying, ‘Once you say Hi!, we’re friends for life.’”

Relationship experts admit that the effects of a breakup on the wider friend circle can vary wildly from person to person.

“Breakups can be confusing, cataclysmic events for not only the couple but also their family and friends,” stated Dr. Eileen Ross, relationship therapist in San Dimas. “But sometimes you get these weirdos who have a total inability to read the room and see where the lines in the sand are drawn. These morons think that they genuinely are pals with their friend’s beau. Nope, it’s a relationship of convenience and necessity. And when it all comes crashing down, all ties should be cut immediately.”

Marin continued to confuse the hell out of those around him by announcing plans to spend Thanksgiving at his dad’s second ex-wife’s house.