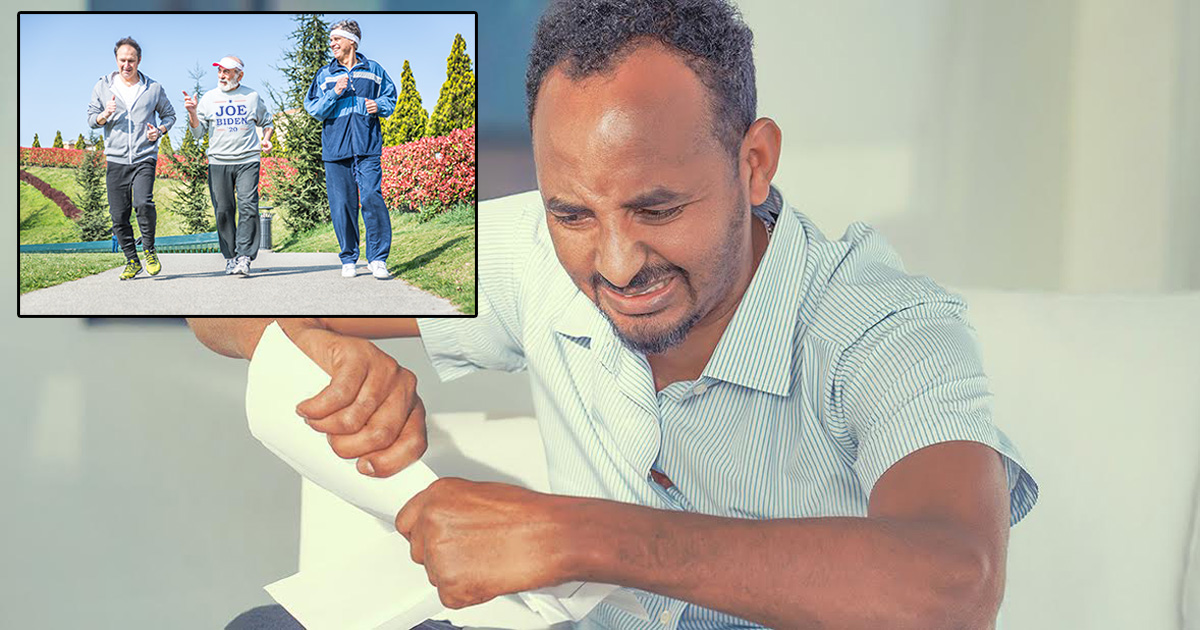 “I opened my mailbox, and I thought, ‘Oh, wow, someone wrote me a letter?’” said Bernie Sanders supporter Beth Zeidman, 27. “I didn’t recognize the name, and I don’t know anyone in San Diego, but I opened it anyway, and it just reads, ‘BETH ZEIDMAN u are a fucken moron [sic]. Socialism is for losers #Biden2020.’ But even though everything was misspelled and super angry, it was written in very nice cursive. It just sort of shows what kind of assholes support Biden.”

“I can’t believe someone would do this,” said Bill Harris, a 33-year-old Elizabeth Warren supporter who now considers himself undecided. “This guy, who I’ve never met, printed out a photo of a pig with poop on his balls and mailed it to my house — my five-year-old saw the picture and screamed. I don’t know why these people think this behavior is going to get anyone to change their mind about their candidate.”

However, many Biden supporters deny that this harassment is real, suggesting that the letters were faked or written by Russian mail bots.

“The Biden campaign is about coming together — not fighting with each other and mailing letters calling someone a ‘lily-livered skunk sniffer,’” claimed Charles Haynes, a 67-year-old Biden supporter struggling to plug in his printer. “This is just the narrative they’re pushing to slander the campaign of a man who wants change, but not too much change: it’s just the right amount of, ‘Let’s get rid of Trump and keep everything exactly how it is for a few more years, and then let someone else figure it out.’”

In related news, post offices across the country reporting unusually high sales of both Ronald Reagan and Frank Sinatra stamps, both of which Biden Bros are known to use in their harassment.