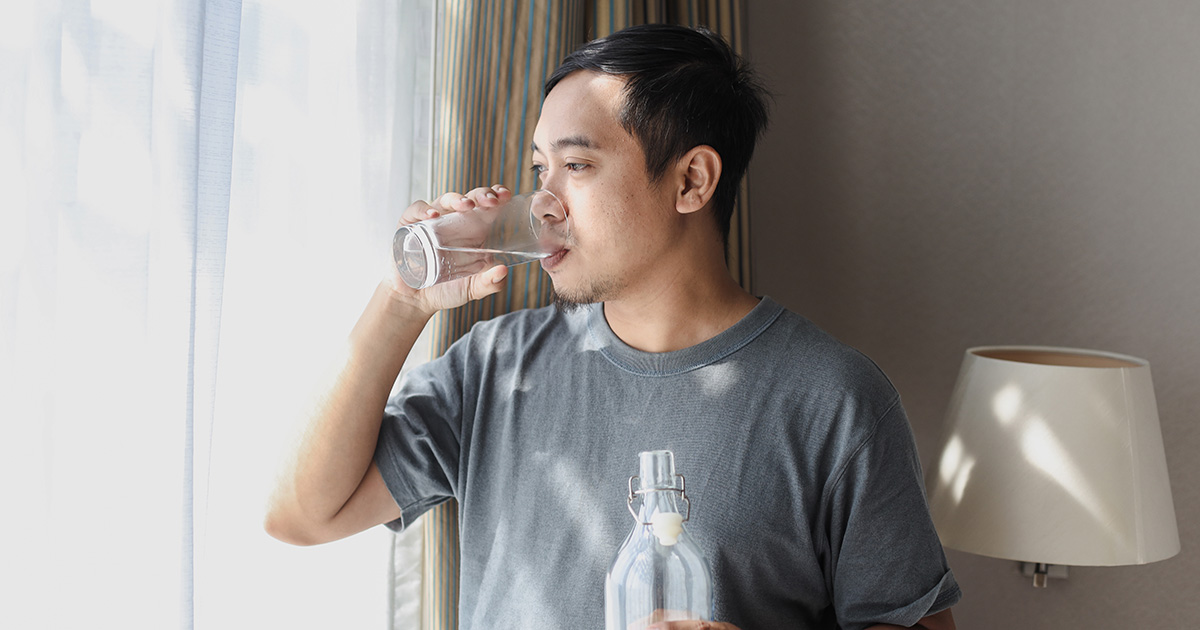 “I’m doing a cleanse, so no booze this month,” said software engineer Farrow. “We were overdoing it during Christmas break. I know going through a fifth of Johnnie Walker before lunch is a really unhealthy way to cope, but you try spending a week with my brother-in-law. He’s into wine and is a Tool fan, so he never shuts the fuck up about how geometric abstraction influenced Maynard’s approach to winemaking. Listening to that bullshit for hours has made me never want to drink again, so I guess that’s made Dry January easier. I actually like how sobriety feels, so I might stick with it. If I can go all year, I might barely be able to afford Blink-182 tickets.”

Other Dry January participants were less enthusiastic about Farrow’s approach.

“I’m not drinking this month, but only because I got put on Antabuse after my latest DUI,” reported machinist Rob Hendricks. “There’s a trick to drinking over that stuff, but I still haven’t figured out how to hack this dumb alcohol monitoring bracelet. Besides, the high-handed authoritarian judge in charge of my case said he’ll revoke my bail if I get caught in a bar again. And he had the audacity to lecture me about going to treatment, but he wouldn’t even listen when I tried explaining that a case of beer is like a hundred times cheaper than my insurance deductible for shit like that.”

“This month is so long,” complained a buzzed Wainwright. “We’d prefer Dry February, or better yet, just Dry February first. We typically roll out aggressive marketing in January to remind everyone partaking in this silly fad what they get to drink next month, or even next week if the ads work as intended. The growth of Dry January proves that anyone can stop drinking on their own whenever they want, and that is one thing we cannot tolerate. If gun manufacturers aren’t being held responsible for kids getting shot in classrooms, legally speaking, we have nothing to do with people drinking themselves to death and running over pedestrians.”

At press time, Farrow was considering working mindfulness and meditation into his increasingly insufferable and probably healthier lifestyle.