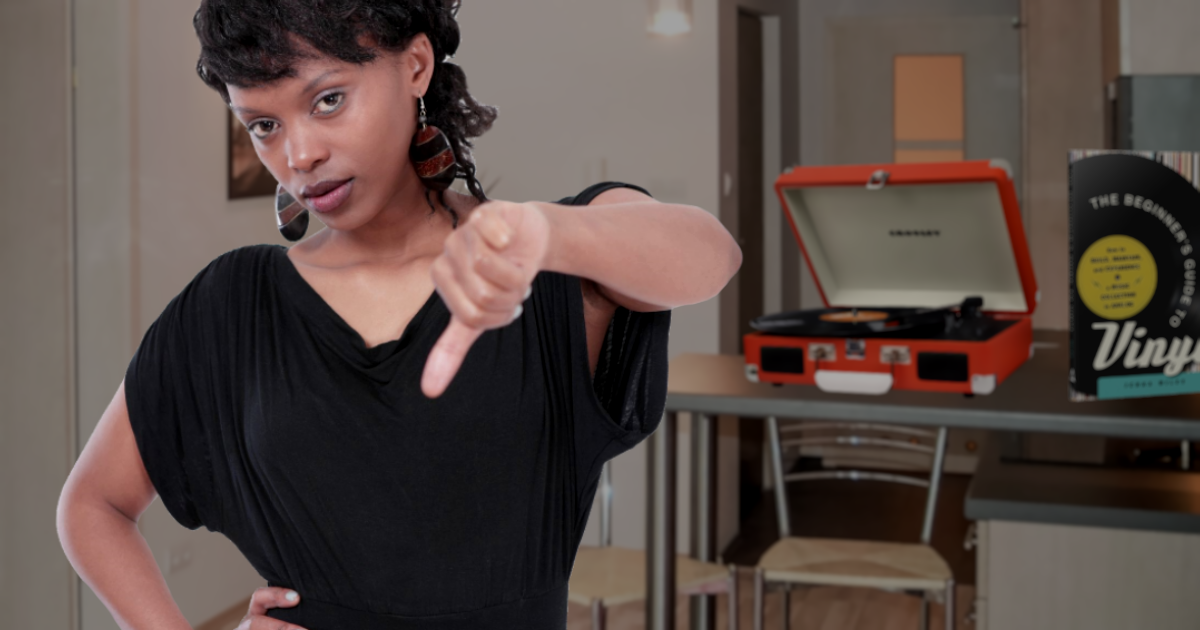 “Everything went great at dinner,” said Hastings, a local waitress with an extensive record collection. “He’d gone the whole night without even mentioning IPAs or Jordan Peterson, so things were already better than my usual dates. But when we got up to his apartment, everything changed. I’m sorry… it’s still hard to talk about.”

During an informal tour of the apartment, Hastings’ eyes locked on a Crosley four-in-one turntable with built-in speakers, which sent her into panic almost immediately.

“I was just like, ‘Oh, God… he doesn’t actually listen to music on this thing, does he?” said Hastings, still visibly shaken hours after the incident. “I mean, why would you pay extra for vinyl if you’re just gonna listen to it through two cans on a string? A setup like that just tells me he’s okay with doing four things poorly instead of doing one thing right. I don’t even want to imagine what he’s like in bed.”

After the brief encounter with Estrada’s horrific vinyl setup, Hastings quickly made up an excuse to leave and abruptly exited the apartment — leaving Estrada to wonder just what he’d done wrong.

“I thought I was ready to seal the deal… and then she turned white as a ghost and told me both of her parents just exploded and her dog had diarrhea,” said Estrada, dropping the needle on a “Nice Price” copy of Bob Dylan’s “Blonde on Blonde.” “I’m pretty sure only one of those things could possibly be true. But she still sprinted out the door without saying goodbye. Somehow I always end up dating the crazy girls.”

While Estrada remains unsure why his date with Hastings ended so suddenly, he does have another date with a local bookstore employee lined up for tonight. Sadly, his bookshelf full of Chuck Palahniuk novels could spell another disaster for his chances of getting laid.