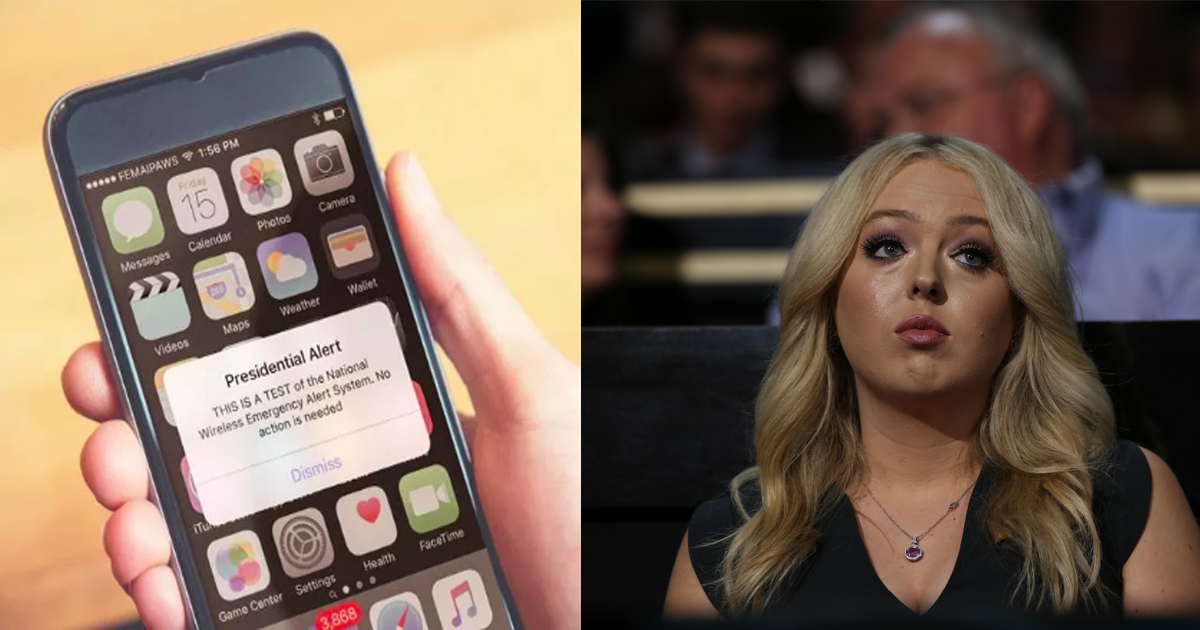 “I couldn’t believe it,” said the 24-year-old Ms. Trump. “At first I thought, ‘Who is texting me something called a Presidential Alert?’ But then I saw the part of the message that said, ‘THIS IS A TEST’ in unhinged capitalization, and I realized, ‘Oh my god, I think this is Dad!’”

Ms. Trump, a student at Georgetown Law School, is generally considered the least seen or acknowledged member of the Trump clan by the public at large, as well as the family patriarch. She admitted that President Trump’s text assuring her that the National Wireless Emergency Alert System was merely performing a test and that “No action is needed” may be the start of a new father-daughter bond.

“Such a personal text to his youngest daughter… it’s just brimming with emotion,” Ms. Trump told reporters. “It’s funny. I used to think he didn’t care about me since I’m not his hottest daughter, nor the son that shares his name — since that was something he told me twice a week my entire childhood. But I really think this changes things.”

“I mean, we can all agree,” she continued, “it’s easily the nicest thing anyone has ever heard him say. And he said it to me!”

President Trump, reached for comment on the message, misheard a reporter’s question, calling ’80s pop star Tiffany “very rude” for rejecting his advances at a 1991 party at the Playboy Mansion.