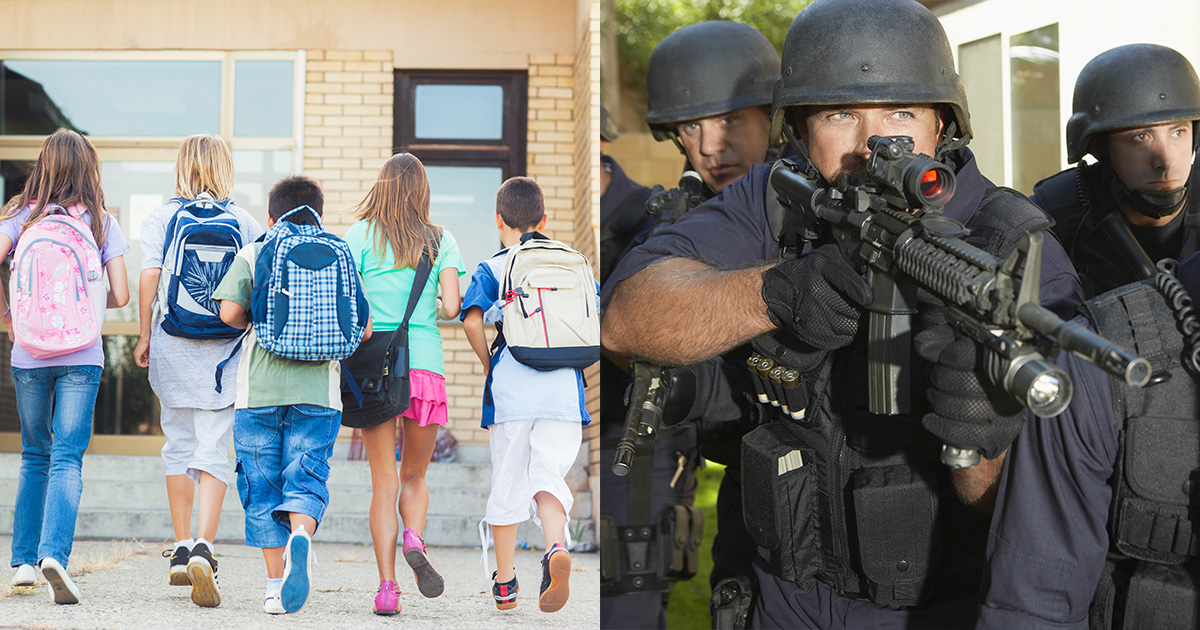 WASHINGTON — Disturbing new research from the Brookings Institute has found that thousands of young, white men across America are being funneled directly from the public school system to their local police departments.

“What we’re seeing now is that large numbers of white males are getting trapped in a life of law enforcement right out of high school,” said Rebecca Whiteside, a law professor at Georgetown University. “These kids come in contact with the police academy at a very vulnerable age, some as young as 18. They don’t know any better, and they don’t have many other opportunities, so they sign up to be a part of this violent, racist government institution.”

Denzel Bryant, a local high school principal, pointed to failures within the education system as the cause of this alarming trend.

“We try our best to give each student a chance to succeed and build a bright future,” said Bryant. “But the reality is, when so many schools are underfunded and overcrowded, lots of angry white boys are getting left behind. And since police culture is such a big part of the white community, it’s no wonder they get drawn into that life. It’s making me question my role as an educator after seeing how many of his former students have wound up on the force — I feel like I failed them.”

Ex-police officer Michael Heller, himself a victim of the school-to-police pipeline, now travels the country speaking to groups of young white men, hoping to prevent them from following his tragic path.

“I try to use my story as a cautionary tale,” said Heller. “I understand where these white kids are coming from, and I try to scare them straight by talking about all the horrible things I did while I hid behind a badge. But really, I want to give them hope: I want to show them that an aggressive white boy from the suburbs can grow up to become something other than a police officer. There is so much more out there. Get a job as a middle manager at an insurance office — anything is better than being a cop.”

To combat the issue, the U.S. government announced a new initiative encouraging white teenage boys to avoid a brutal life of law enforcement by joining the military.