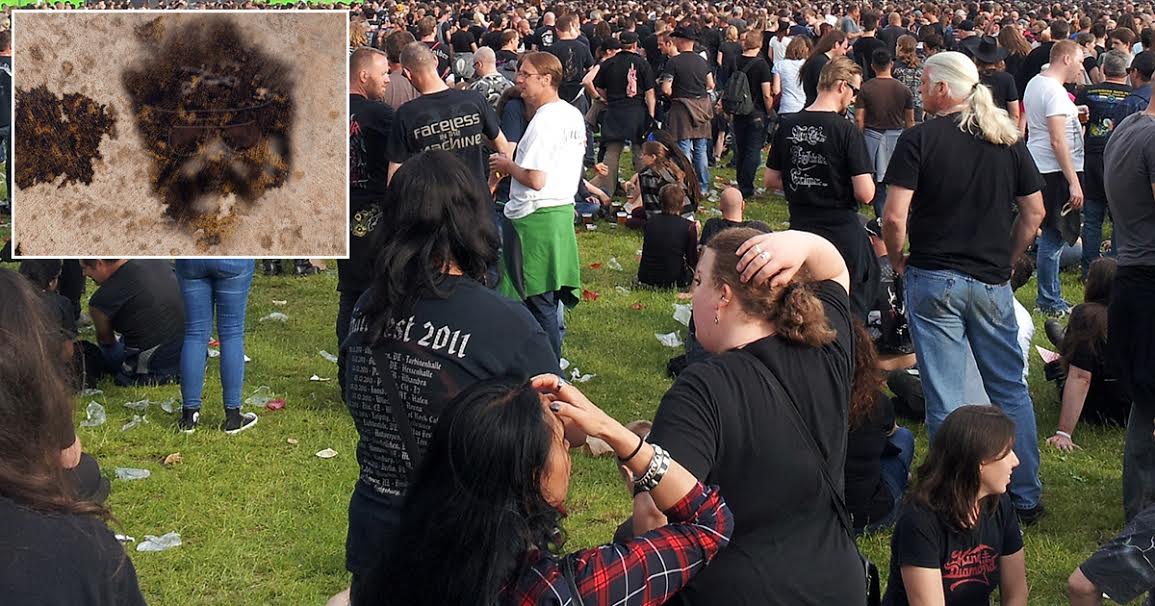 “See, I was changing the oil on this ’95 hatchback, and my hands got all greasy,” mechanic Steve Anderson told reporters outside of D&S Auto. “The oil can slipped out of my hand and poured out onto the concrete. I didn’t have any kitty litter to soak up the stain, so I let it sit… and tell you what, I come out the next day, and I’ll be damned if that stain doesn’t look exactly like Lemmy.”

In what witnesses are describing as a “modern day miracle,” the six-inch long black stain allegedly includes details of Kilmister’s trademark cavalry hat, handlebar moustache, and aviator sunglasses. After Anderson altered local press, Motörhead fanatics came in droves to worship and pay tribute to the stain.

“It’s a sign,” Seattle metalhead Lita Danielson said, after driving 26 hours just to see the mark. “I mean, yeah — he said dead men tell no tales, but he’s speaking to me now. He’s telling us he’s in a better place now, but also that he never really left us, and that we need to rock out with our cocks out.”

Since the discovery, thousands lined up in the harsh Iowa climes to pray to the marking, seek a blessing of their band, or to see if he remembers meeting them at the Rainbow Bar in 1997. Local businesses report a county-wide drought of Jack Daniels whiskey and Marlboro Red cigarettes, as more and more metalheads seek to leave as offerings to their savior.

“Whether it’s a sign or not, I don’t know,” Anderson admitted. “But it is bringing the metal community together in a way I haven’t seen since his passing. Just a few minutes ago, we broke into a spontaneous chorus of the hymn ‘Orgasmatron.’ Now, you tell me if that isn’t a religious experience.”

While the site is currently free to the public, Anderson plans to open a museum devoted to additional metal artifacts — including a glass shard Anderson found behind his shed in the shape of Dimebag Darrell, and a doll seemingly possessed by the ghost of Ronnie James Dio.