“This Is An All-Inclusive Space,” Says All-White, All-Male Audience 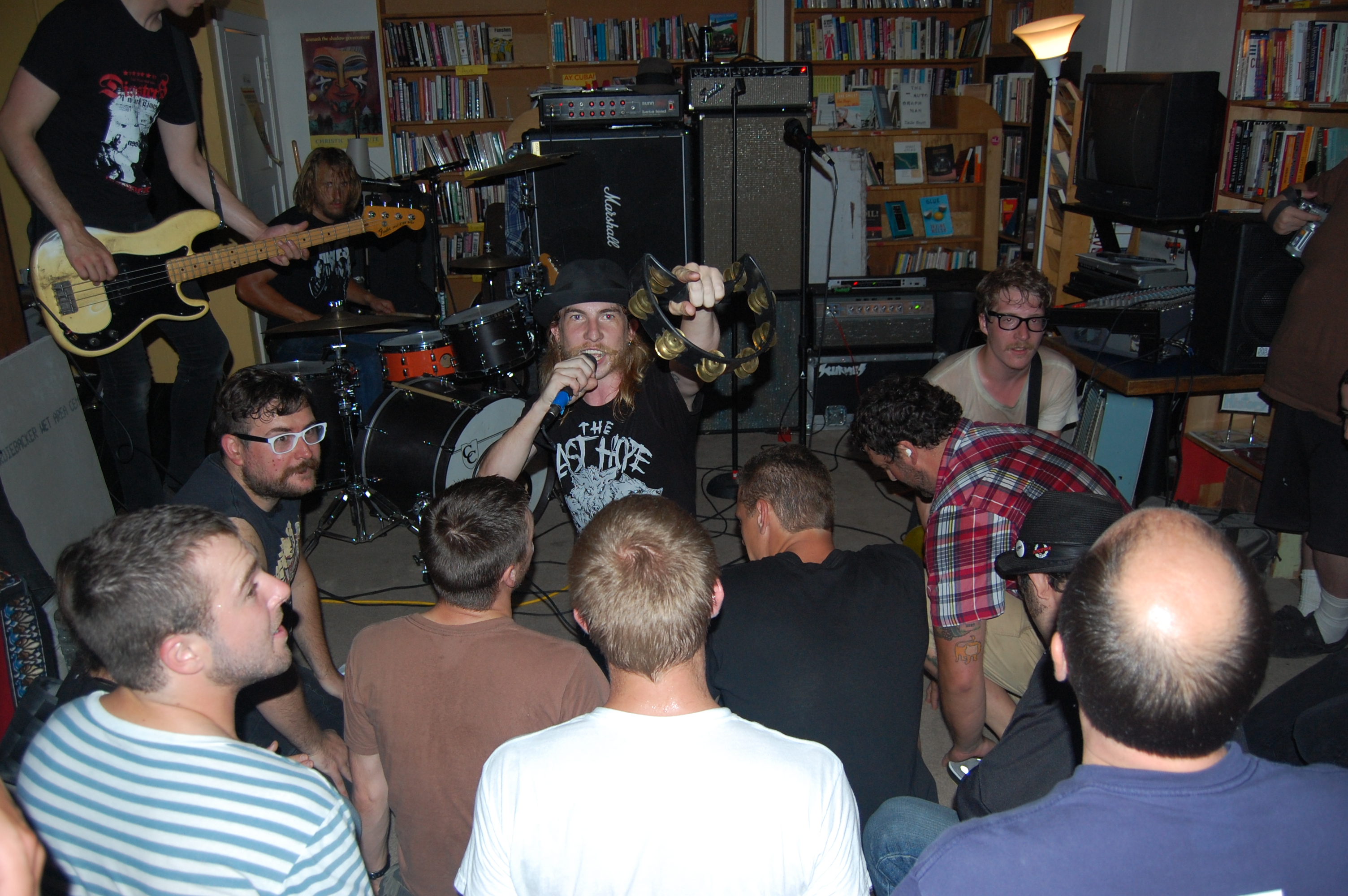 SEATTLE – The all-white, all-male volunteer staff of a new DIY spot billed as a safe space for people of any gender expression, race, or religion celebrated its opening over the weekend. The venue intends to host hardcore shows, poetry nights, and other events that should make the all-white, all-male staff feel better about themselves when they aren’t busy changing their Facebook profile pictures to pride rainbows.

“We built a really solid spot here for people of all backgrounds to come and have fun in a place free of racism, misogyny, and whatever it’s called when you hate gay people,” said volunteer Mark Walker. “We really think the diverse community in Seattle will enjoy it if any of those types of people ever show up.”

The Aurora Collective, as it is known, says it had a successful opening weekend, hosting a punk show that was only attended by white, cis-gendered males. The volunteers are not discouraged by the turnout.

“We don’t discriminate,” said volunteer Chris Smith, who showed us medical documents to prove he is in fact colorblind. “All fans matter.”

Smith says being a part of the venue has helped him open his mind, and encouraged others in the community to do the same. “I know they say ignorance is bliss, but ever since we faced the problem head on by opening this venue I feel complete happiness — like I’m in heaven, or paradise,” he said.

Seattle LGBTQ activist Leslie Block, who decided not to attend this weekend’s opening concert, explained her absence: “It is really nice that these guys are trying to make a difference, but they just seem a little bit too uptight for me.”