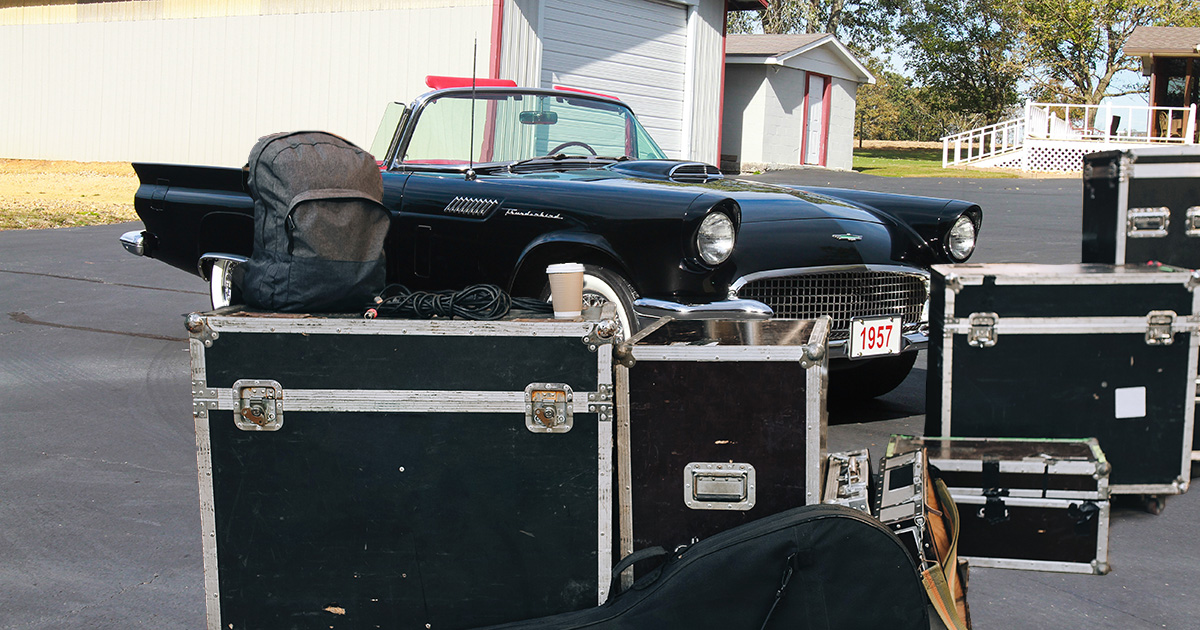 NEW BRUNSWICK, N.J. — Fans of The Gaslight Anthem were disappointed to learn that the band’s long-awaited reunion tour will be postponed until the band can figure out how to load their gear into a classic 1957 Ford Thunderbird.

“We’re so excited to be back on the road as a band,” said frontman Brian Fallon while wiping his hands clean with an old rag after giving the car an oil change. “But we all agreed we don’t want to do it until we can do it right—in a 1957 E-Series Ford Thunderbird. In my head, we’re cruising down Route 66, following the neon signs and the whiskey bottles just like Kris Kristofferson or Tom Petty, but these days the dream has worn thin, and the neon’s burned out. Also, it’s hard to fit a bass cab into a two-seat convertible.”

A representative from Stub Hub confirmed the delay.

“It’s disappointing, to be sure, but we knew there might be issues with this tour from the start,” said sales rep Angela Stafford. “The guys in The Gaslight Anthem are fans of all things retro and sometimes that can be difficult to manage. For example, we only just got them to buy cell phones for the ‘59 Sound anniversary tour in 2018, before that, they would only call from payphones outside of 24-hour diners, and only after dark, when you could hear the streetlights buzzing. We’ve also got a Rolodex full of every diner waitress whose name is just ‘Red’, just to keep an eye on them.”

Others, while a little let down, saw an opportunity in the announcement.

“Sure, I want to see them sooner rather than later, but this will give me a chance to break in my leather jacket,” said Billy “Switchblade” Martinez while shining an apple on his well-worn blue jeans. “Don’t want to look like an idiot, wearing clothes from this century. Plus, I was instructed to follow the band around on tour. Not just as a fan, but as a mechanic. Do you know how often a car like a ‘57 Bird is going to break down? I’ll be stocked in hair pomade for years after this.”

At press time, Stafford confirmed that the band had sold the Thunderbird and instead bought a van that was nearly identical to the one that Springsteen would tour in, but that Gaslight’s would go about twice as fast.