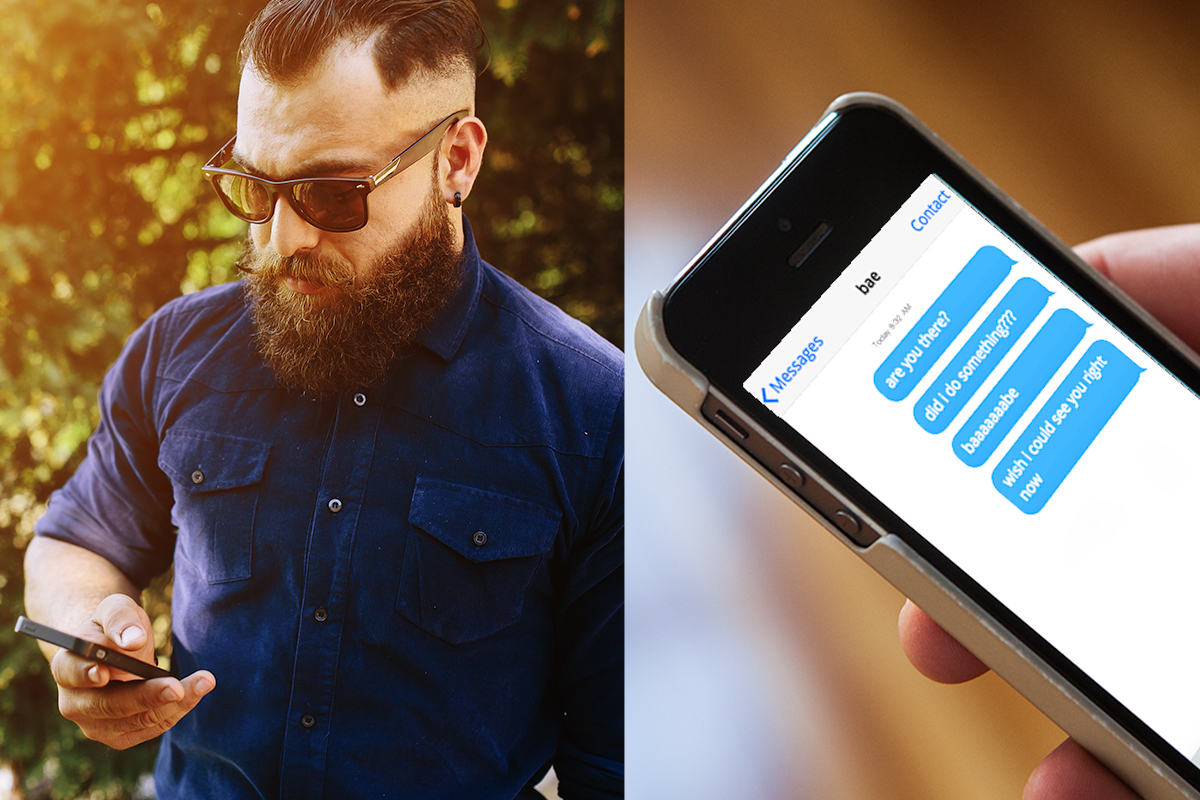 BUFFALO, N.Y. — A string of increasingly desperate texts sent to an underage fan have revealed the softer side of Kevin “Stubbs” O’Malley, the feared frontman of Buffalo-based hardcore band Society’s Ruin.

Known for his aggressive stage presence and no-nonsense approach to conflict, O’Malley has been a respected and prominent member of the notoriously tough Buffalo hardcore scene for more decades than his texting partner has been alive. But sources say that O’Malley, who is almost twice the young woman’s age he has been texting, has shown a downright tender side while trying to court the underage mall employee.

“Oh my god, you guys… Stubbs will not quit texting me. Uuuugh,” said the 16-year-old, whose parents would not allow her name to be published, to a group of friends gathered around her locker after fourth period. “Mrs. Bernard almost took my phone because he texted me heart-eyes emojis like, 5 million times during algebra.”

O’Malley and the unnamed fan initially met three weeks ago following a Society’s Ruin show, while she and a group of friends waited in the parking lot for a ride home from her father.

“I totally noticed this girl vibing on me. She kept eye-fucking me, you know? Usually if someone is eye-fucking they end up sniffing pavement within a minute — but when it’s some fine-ass Betty I make exceptions,” said O’Malley before checking his phone for any new text messages. “I got her number and gave her a Society’s Ruin basketball jersey, so shit is moving along.”

O’Malley added, “Actually, she hasn’t responded to my recent haiku… Should I send her another one?”

Longtime friends of O’Malley admit they are surprised by his recent actions, and have begun to worry it might affect his music.

“Honestly, I have never seen him like this. One time Stubbs knocked a dude out just for asking if he could break a $20 when the guy tried to buy a t-shirt. The venue had to do a GoFundMe to raise money to replace the floors because of all the blood,” said Keith Wilbur, a longtime friend and bandmate. “Now he makes us pull over the van so he can take pictures of flowers to send to her.”

As of press time, witnesses report O’Malley has borrowed an acoustic guitar and plans to serenade the young fan over Skype as soon as she is done with soccer practice.