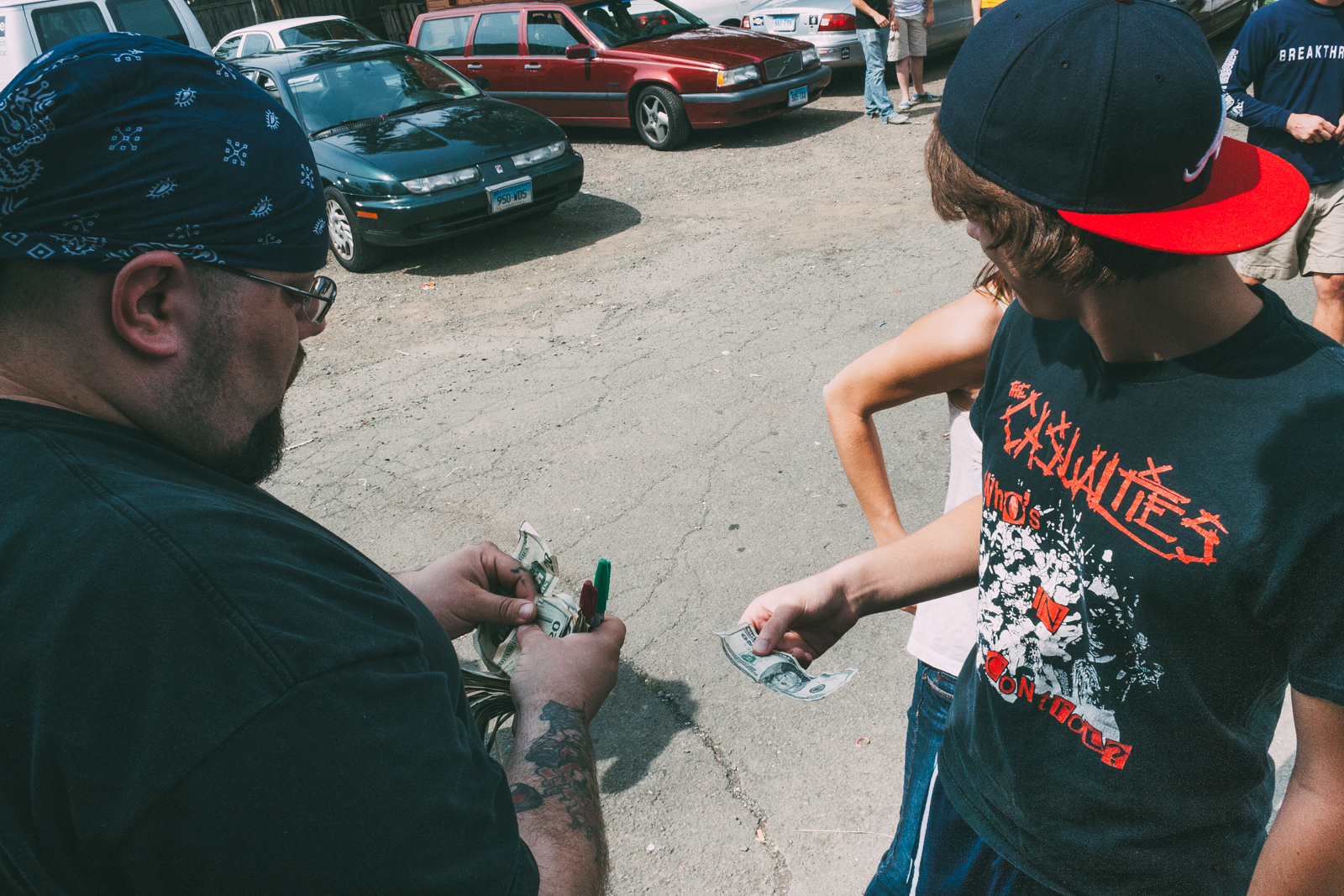 AUSTIN, Texas – News has just broke that hardcore band Built To Last will only be allowed one guest list spot to split between their five members, and tensions are beginning to rise. Management at The Rusty Ship, a well known bar and occasional punk venue, say the low pre-sale ticket number of 14 has forced them to limit the number of guests let into the show for free.

“We’ve played The Ship, like, 20 times and we’ve always gotten one guest for each member of the band. I have a feeling this isn’t going to end well – but I know one thing for sure, and that’s Becca isn’t paying to see us. She can’t pay. I think I might love her,” singer Jeremy Pits said of his girlfriend of three weeks.

Among the candidates for the coveted guest spot, that equates to a $5 cash value, are the band members’ four girlfriends as well as their long time friend and part time roadie/merch guy, Skunky.

“There’s no fucking way I’m paying for the show if that normie bitch Becca isn’t,” Rice Cake, one of the girlfriends in contention for the spot, said. “Even if I wasn’t dating Stevie, I would be here. I know all the lyrics to the Built To Last songs. Becca told me the only show she has ever been to is One Direction. That’s not a show it’s a fucking concert.”

Dylan McIntyre, the lone member of the band without a girlfriend, has been advocating for Skunky to get the spot – citing him as being “down since day one”, though the other band members aren’t buying it. Instead, they are focusing their debate on the punk credibility of each other’s girlfriends and who will be in the most trouble if they can’t come through.

“I mean…I love Skunky, but if I ask Becca to pay, she’s going to think I’m a loser – which isn’t far from the truth – but I don’t want her to think that. I really do think I love her, is that crazy?” Pits said.

The tensions are bringing out past grievances from other band members.

“It’s bad enough everyone keeps mistaking our band name for a Ford commercial.” Kevin Tran, bassist of Built To Last.

“It’s bad enough everyone keeps mistaking our band name for a Ford commercial,” Kevin Tran, the group’s bassist, said. “But now we have to argue about whether or not Becca is punk enough when the real issue here is that Megan helped us fold 7″ inserts and should be the one to get in, obviously.”

Related: Every Drummer Confident Someone Else Will Bring Kit Tonight

Club owner Burt Simon has refused to budge on his new policy, despite protests from the band.

“Listen, these punk shows don’t draw shit. The kids that do come don’t drink and they break shit. I’m going to lose money tonight as it is, so all their little girlfriends can pay up. I should probably tell them they aren’t getting drink tickets either,” Simon said.