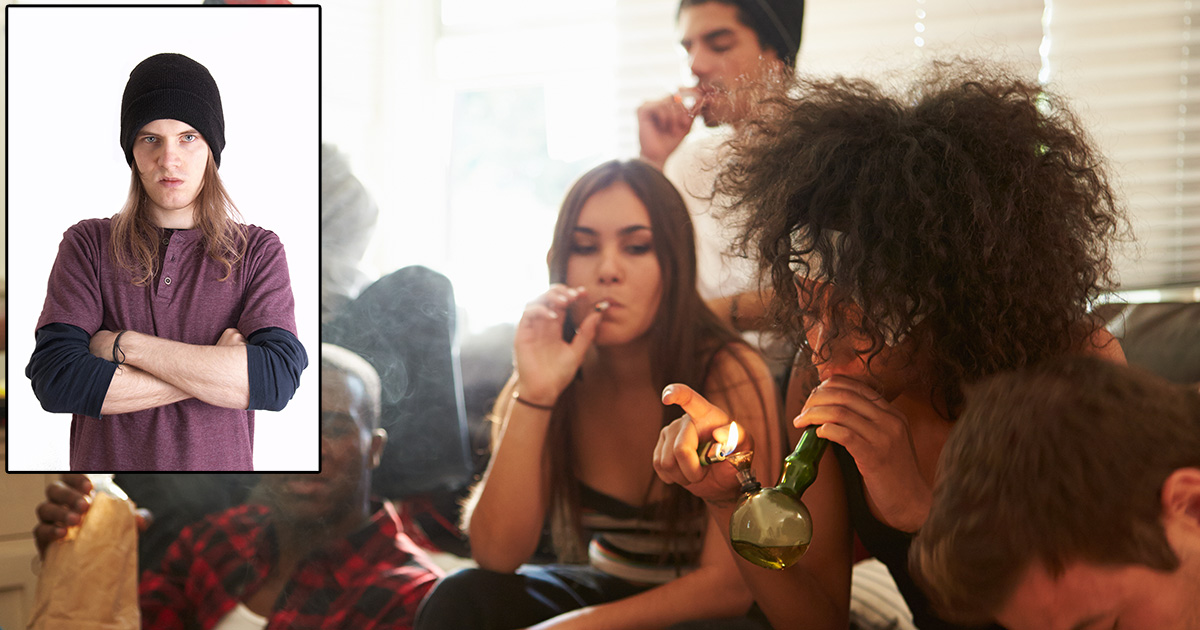 “Apparently, back in the days before technology, people would take marijuana, the actual plant, and roll it up in paper and light it on fire,” said Luzinski, searching the internet for confirmation. “I can’t imagine smoking like that… I mean, think of the smell. We don’t realize how lucky we are to be alive at a time with vaporizers, and oil pens, and dab rigs — we shouldn’t take that stuff for granted. People in primitive times had to go through so much trouble to get high. And on such shitty, dry weed.”

“I didn’t realize Jared had no idea how we used to smoke pot. I spent hours explaining it to him, and he still doesn’t understand the concept of bong water. When I showed him a lighter, it blew his mind — he asked if he could keep it as a collector’s item,” Giles stated. “To be fair, I don’t understand how he gets high, either: there’s wax and an atomizer, and a battery that heats a coil… and I guess that burns the weed? Jared showed it to me, but I was just scared and confused.”

Luzinski’s ignorance of early smoking techniques is not uncommon among people his age, according to Daniel Vyas, Professor of Anthropology at Rowan University.

“Stoners today don’t realize that they’re part of a marijuana-smoking tradition that stretches back decades,” said Vyas. “But I think it’s important for them to learn about the tools and customs from previous eras: I show my students ashtrays, rolling papers, ‘gravity bongs’ from crudely cut two-liters and a bucket, among other artifacts, and I educate them about bygone cultural practices, like grinding weed and smoking outdoors. Cannabis consumption has such a rich history in this country, and I want to keep that history alive for the next generation.”

Luzinski was dumbfounded again last night after discovering that there was a time when drug references in popular music were considered taboo.