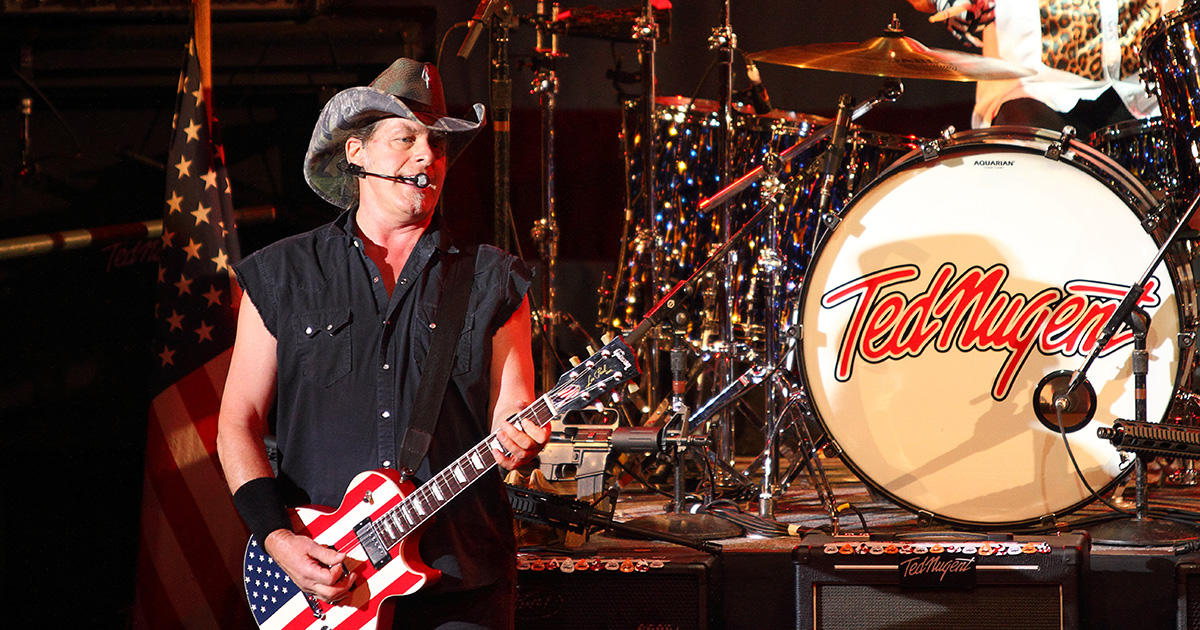 “We’ve got all these libtard social justice warriors makin’ noise about how they’re gonna vote President Trump out in 2020. Well, I got some news for you there, Sally — we’re going to rock so hard, you ain’t even going to get the chance to vote. The more we rock, the more your mail in votes won’t count,” said a heavily armed Nugent. “Everyone is so optimistic there’ll be a ‘Blue Wave’ next week. Well, I’m here to shoot that bullshit down like a flock of Mallards. Keepin’ the wrong kind of people from voting is a conservative tradition, and I’m gonna shred some nasty chords to rev up our boys. I got a new song called ‘Armed at the Polling Station’ that will knock your dick in the dirt.”

“Fuck yeah, I’m gonna see the Nuge,” boasted local voting rights critic Randy Akerson. “Our lady Governor won’t do shit to stop all these illegals and snowflakes from electing that radical leftist Joe Biden, so it’s up to us patriots to do it ourselves. Normally before I go out to terrorize people, I have to listen to whatever music my sergeant plays during roll call at the precinct. So it’s cool to see the Motor City Madman live before doing a little ‘voter outreach,’ if you know what I mean. I’m amped just thinking about it!”

“Gone are the days when we can rely solely on old, white male politicians crafting racist voter ID laws to properly restrict ballot access,” the senior disenfranchisement strategist noted. “Hitting the streets and establishing a menacing presence at the polls is key to ensuring low voter turnout, which, of course, helps us get away with stealing Supreme Court seats and incarcerating migrant children. And there’s something about Ted and his music that draws in the most enthusiastic Republicans, so I just can’t thank him enough.”

“Ted has also been kind enough to record intimidating robo calls that claim if you vote by mail, then the cops can legally search your house for drugs whenever they want,” she added. “We love a team player like that.”

Nugent also teased an extra-long version of “Stranglehold” with a new verse dedicated to his love of police officers.