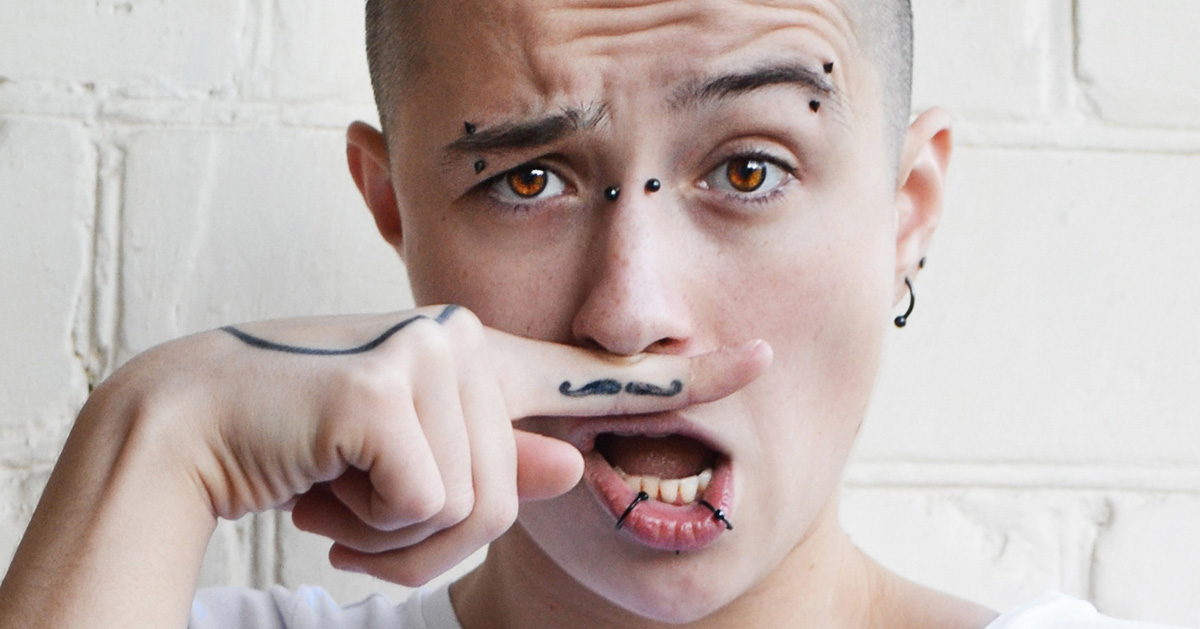 LIMA, Ohio – A Midwestern tattoo shop is doing its part to heal the nation’s wounds by offering free appointments to anyone who wants to cover up tattoos of hate symbols or finger mustaches, inspired sources confirm.

“We’d occasionally get customers coming in ashamed of this mistake they’ve been living with on their bodies, and it just didn’t seem right for us to profit off of that,” said Jake Sullivan, proprietor of Mad Hatter Ink. “The beauty of a tattoo is its permanence, but people change, and unfortunately a tattoo can also be a painful reminder of a time when they held attitudes they now recognize as reprehensible. For some, that’s white power iconography. For others, it’s mid-2000s ironic facial hair.”

Sullivan was unsure what kind of reaction his offer would receive, but ever since the announcement, his business has seen a steady stream of reformed skinheads and Reddit users grateful for the service.

“I fell in with a bad crowd when I was a teenager,” said Dylan Hess, one of Mad Hatter’s recent customers. “Things were rough at home, I guess I didn’t know any better. This tattoo seemed like the biggest ‘fuck you’ to society I could think of, and I’m tired of having to hide it. Covering up this handlebar fingerstache will help me move on from the person I used to be. With the help of therapy, I’m hoping to cut down on the amount of ‘Step Brothers’ quotes I work into casual conversation, and think I might be on the right path toward being fuckable soon.”

Employees have taken the task as an artistic challenge, brainstorming socially acceptable designs that build off of hateful and sarcastic iconography.

“I’ve turned swastikas into clock faces, Confederate flags into roses, and it’s actually led to some cool new designs,” said employee Jennifer Haggerty. “I had one customer who wanted to turn their fingerstache into a Pickle Rick, and, well, you have to take baby steps with some people. I do my best, but I’m not a miracle worker.”

Sullivan said there has been so much interest in the promotion that he is considering expanding the offer to include Chinese characters they don’t know the meaning of, dreamcatchers, and the Deathly Hallows symbol.