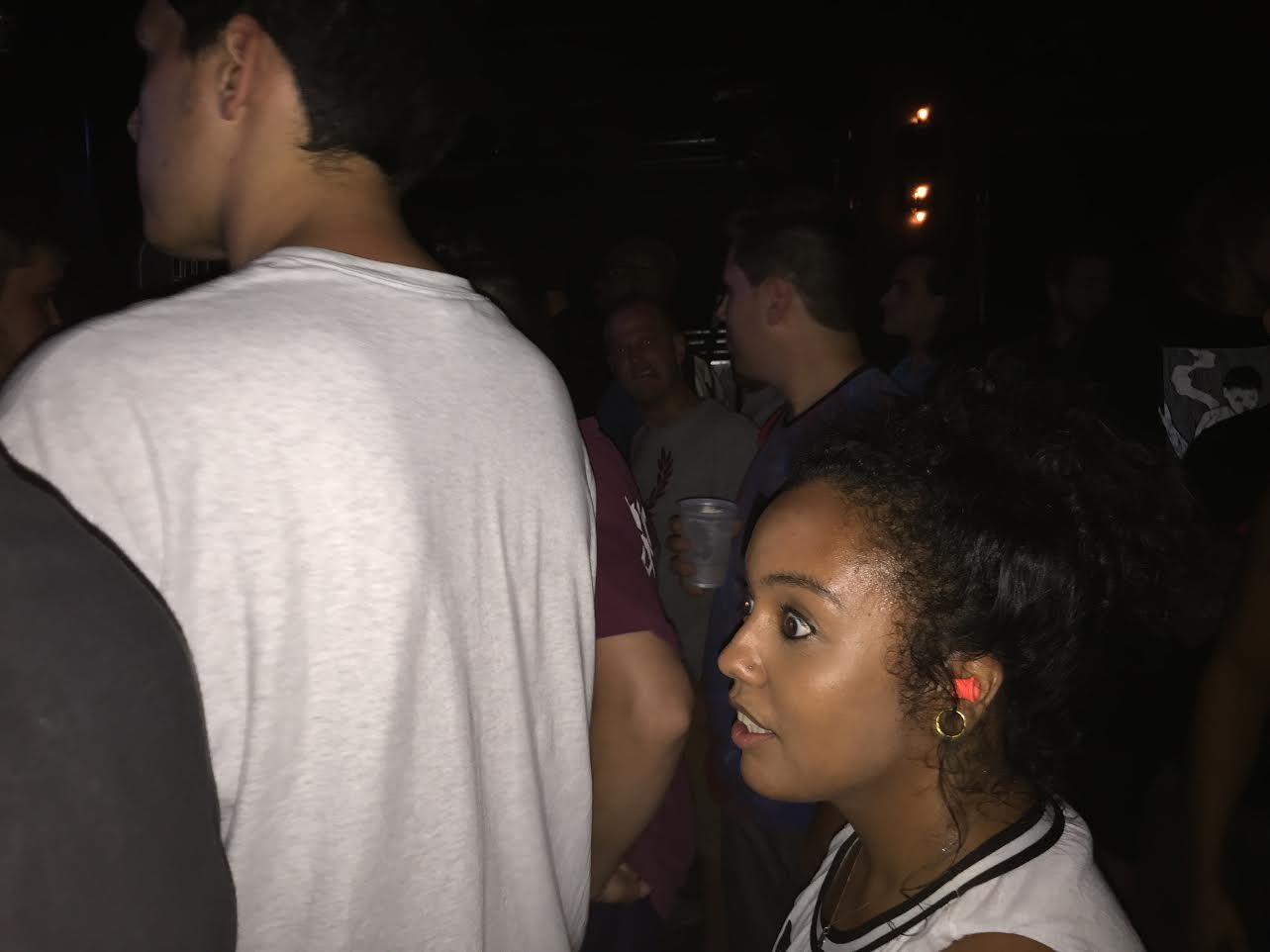 AUSTIN, Texas –  The tallest guy in the room has finally found the perfect woman to stand in front of for the duration of tonight’s show after wandering around aimlessly during the first two opening bands, frustrated sources with obstructed views confirmed.

Witnesses estimate the man stands at a sturdy 6’3″ –

“This happens at every show,” said short of stature showgoer Katie Washington who arrived to the show early to avoid this exact situation. “I came here 30 minutes before doors to get a spot off to the side of the stage, but I went to the bathroom and lost my spot. Now I am forced to stare at the middle of this guy’s sweaty back.”

The incident is just the latest in one of the most time-honored traditions at live music events. Last year, upwards of 75 percent of women of show-going age reported having to deal with views eclipsed by oblivious men who, more often than not, had a beer in each hand and yelled at seemingly random times throughout the performance.

“Honestly it seemed like he could predict every move I was going to make. If I went to get a drink at the bar and tried to find a new spot, he would slip right back in front of me less than a minute later,” said Washington while trying to squeeze around the man who was estimated to be around 6’3″. “Am I just being paranoid? This all seemed like it was a deliberate attempt to block me from seeing anything that happened on stage.”

Dave Olsen, another tall man in attendance, easily observed the situation from a distance.

“I saw her, too. As soon as I walked in, I knew that was the girl I wanted to stand in front of – but that other goon got there before me. I had to settle for a girl who is awfully persistent and keeps nudging my back trying to get by. This chick is really hampering my ability to enjoy the show,” Olsen said as he deliberately stiffened up and stood closer to the man next to him to prevent the young lady behind him from enjoying the show.