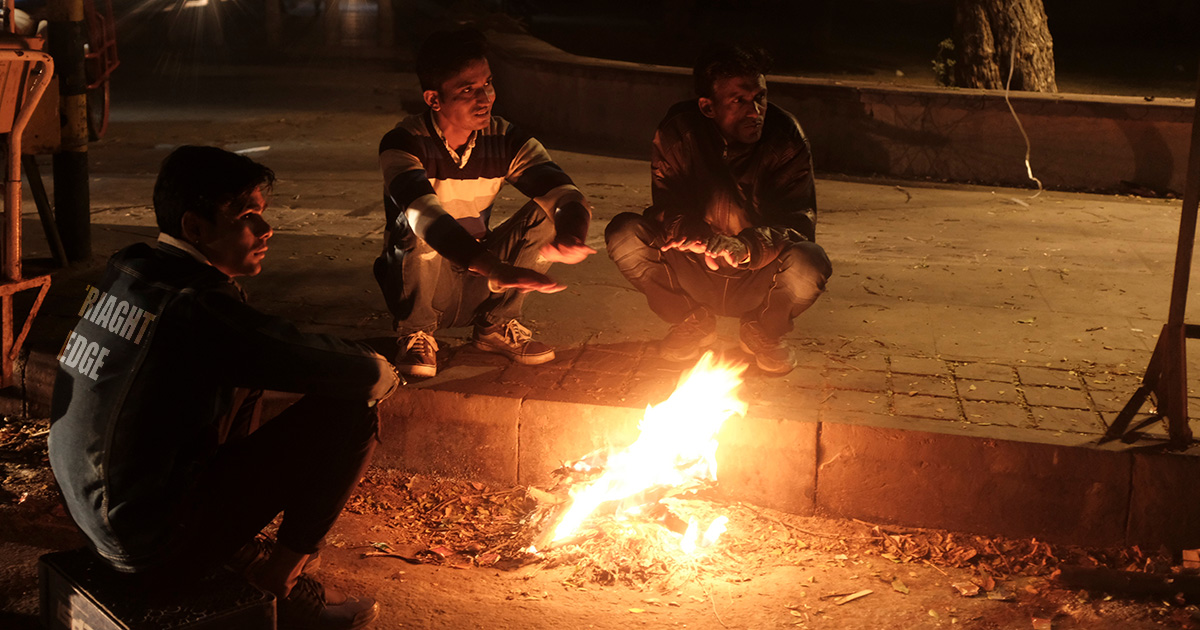 “I knew these things would come in handy,” said lead singer Kyle Harney. “We’ve been storing them up since we played New York — of course, they gave a five-person band three drink tickets. It’s not much, but it beats burning our copies of ‘Sober Living for the Revolution’ to stay warm.”

The band found themselves stranded after a series of wrong turns that took place during a multi-member argument over whether or not Fugazi was a hardcore band or “more like an early emo kind of thing.”

“We knew things were bad when we ran out of gas and realized we were in the middle of the fucking woods,” said lead guitarist Sammy “Big Sam” Rivera. “We made a small caravan circle with our van, trailer, and our tourmates’, The Powerbomb Bros, van. We aren’t sure why they followed us when we were getting so obviously lost, but the company is nice. They aren’t straight edge and had no drink tickets to burn, so we bartered some of ours for a half-eaten tube of Pringles. Rations are running dangerously low.”

As the night went on, the band, gathered around a small, dwindling fire made up of their last 10 drink tickets, allegedly charted which members had been vegan the longest, so as to decide who would be the “most vegan” member to eat once van snack supplies were depleted.

“I stumbled upon the camp site after I caught a glimpse of a very small fire through the trees… I identified myself as a Park Ranger, but they just started chanting ‘ACAB’ at me. I don’t even know what that means, but I didn’t smell any marijuana or anything, so I just continued my patrol,” said veteren Ranger Dean Miller. “I’ll come check on them in the morning, though — it’d be awful to have some Donner party type scenario go down. You’d be surprised how quickly people start considering eating their buddies.”

At day break, only two, very full members of The Only Way Out were seen pushing their van out of the campsite.