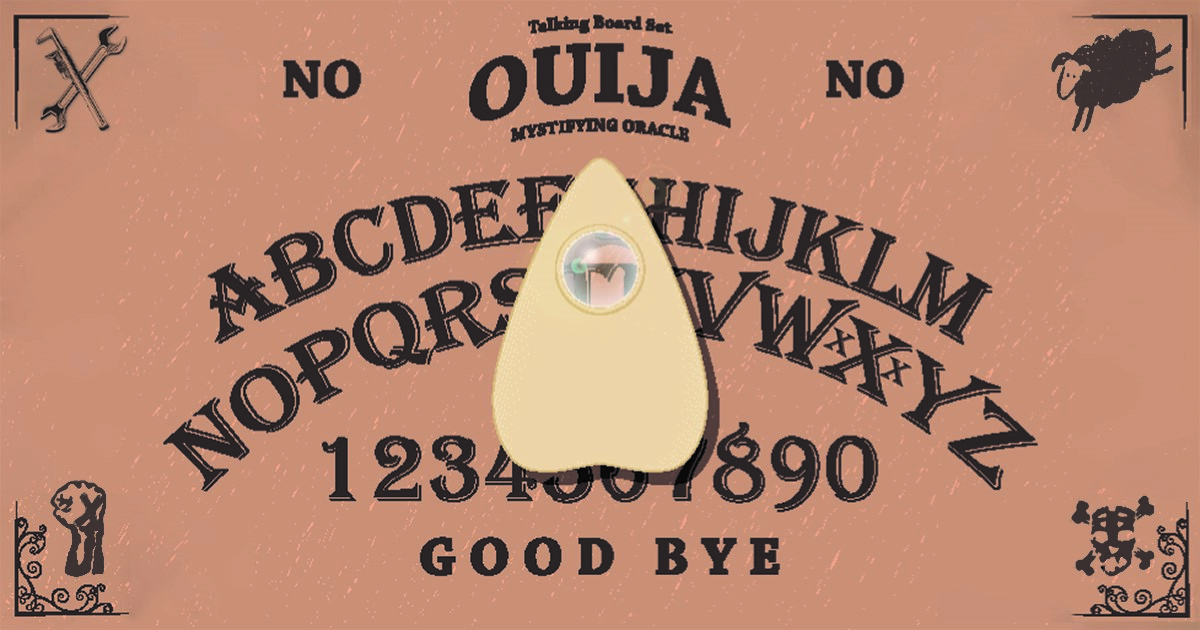 DANVERS, Mass. — A straight edge Ouija board steadfastly refused to indulge in a midnight seance Saturday night, directly defying slurred demands and supplications from drunken partygoers, according to bleary-eyed and mascara-smeared local scenesters.

“I don’t fucking get it, man,” said Colton Matthews, an unshaven, hungover attendee of the house party, wearing a black Mater Suspiria Vision T-shirt now flecked with vomit. “We were trashed and thought it’d be a good laugh to talk with some spirits. But every time we tried to get it to join in the fun — like, asking if it was a stupid dead kid’s ghost, or if someone in the room was gonna get laid that night, or whatever — it just answered, ‘No.’ Lamest party game ever.”

“That board really needs to lighten the fuck up,” he added, stabbing out a crumpled joint in a glass containing an unidentifiable sludge.

Dr. Herbert West, an expert in human/undead relations at nearby Miskatonic University, claimed this is not a flaw but actually a core part of the board’s inherent nature.

“The psychics who invented the Ouija board believed that having a clear mind and positive mental attitude were crucial for maintaining a link with the spirit realm,” he said. “Those drunk kids simply didn’t have the clarity required to break down the walls between the living and the dead.”

Dr. West then made direct contact with the accused Oujia board to get a first-hand explanation for its actions.

“Look, I’m not some kinda antisocial asshole — I just got too much respect for the integrity of my immortal soul to poison it with wasted sell-outs who don’t have a true, strong belief in what the occult really stands for, ya know?” the board aggressively spelled out letter-by-letter. “Seriously, screw those faux-goth posers, listening to shitty Witch House mp3s from 10 years ago and pretending they’re hardcore spirit mediums. I ain’t down with that fake-ass bullshit! I’ve been in the scene since the days when divination and demonic possession fucking mattered.”

At last report, the Ouija board’s planchette was stopped over the letter X and could not be moved by anyone who dared touch it.