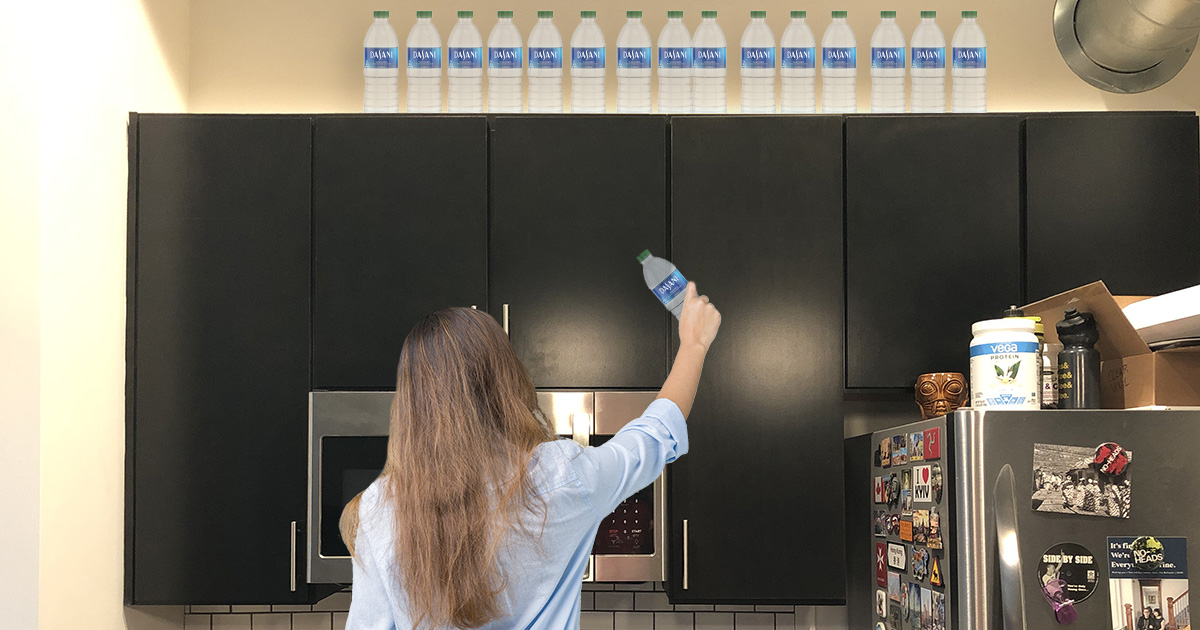 DENVER — Local straight edge woman Charlotte Watson made another addition to her expanding collection of Dasani water bottles that line the top of her kitchen shelves, confirmed multiple sources close to the situation.

“It started back in college, seeing the empty Malibu and MD 20/20 bottles decorating the kitchen at every party I was dragged to against my will,” said Watson. “At first I was disgusted – such a gross display of the poison they poured into their weak, mainstream bodies. But then I realized there was nothing stopping me from setting the right example by putting my empty water bottles alongside theirs. As soon as I placed that first Dasani bottle, label still perfectly intact and sides barely crushed, I knew I’d achieved something great: a display of health and wellness for all these drunk scumbags to strive for. Now I do it in my own apartment to show everyone you can still have a good sense of interior design even if you’re straight edge.”

“It’s literal trash overthrowing my kitchen,” said Lakes while picking up a few bottles that got blown over when she shut a door. “She doesn’t even bedazzle or decoupage the bottles. It’s just sun-bleached plastic that’s been kicked around her Prius for a few weeks littering the tops of our cabinets. I tacked a Have Heart poster above our oven, thinking that would be a sufficient olive branch, but no dice. She just lined the top of the oven with more Dasani like a makeshift altar praying to whatever loser gods don’t party. I keep hoping she’ll be late on rent so I can guiltlessly make a trip to the recycling plant.”

Leading straight edge expert Parker Grimes projects this and other unique displays of comradery will continue trending in the community for the foreseeable future.

“The evolution has been incredible,” said Parker. “What started as a group of punks rebelling against the scene’s party mentality is now a group of punks in great health who have nothing but time to think about the hundreds, nay, thousands of ways to represent the edge. Xing up our hands was just the beginning. In the United States someone starts a new straight edge clothing company every 14 seconds. And in some of the weirder European countries that stat is doubled.”

At press time, Watson was seen storing a bag of empty cans of Liquid Death in her closet which she plans on using to decorate her Christmas tree.