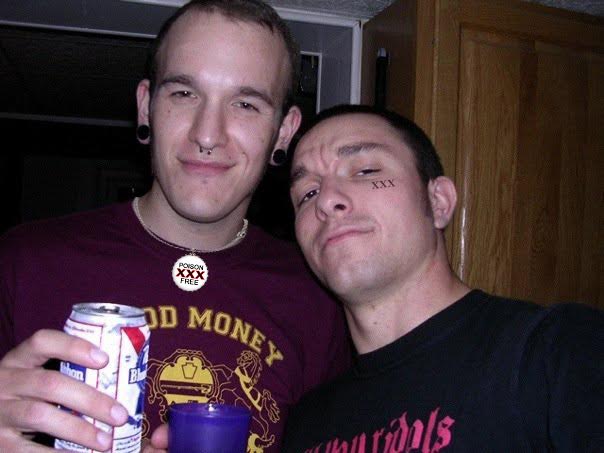 WASHINGTON – The nearly-decade-long personal conflict between local straight edge bands Heads Up and Think Clear was finally resolved this week when leader singers Chris Up and Justin Clear sat down for a talk and a couple beers at a D.C. area Ruby Tuesday.

“You know, man, I just wanted to reach out to Justin and finally talk this shit out,” Up said. “So I asked him to come meet me at the Ruby Tuesday by the airport; we ordered some cheese fries with no cheese, had a couple brewskies and started to realize we had more in common than we thought.”

The age-old beef between Heads Up and Think Clear dates all the way back to a 2006 Gorilla Biscuits show. Think Clear was asked to play while the more established Heads Up was left off the bill.

“Thinking back now, I kind of get where Chris was coming from,” Clear said while sipping his Michelob Ultra. “We hadn’t even put out a demo yet and Heads Up had already toured the East Coast and put out their own 7-inch. It should have been them on that GB show.”

From there, the war of words only escalated, leading to series of hateful back-and-forth Myspace bulletins.

“Listen, I know I took it too far, we were all young and dumb,” Up said, taking a moment to ask the bartender about their selection of beers on tap, then continuing, “I shouldn’t have called Justin an ex-metalcore poser on Myspace.”

Clear also showed remorse for his internet actions at the time.

“Dude, I was an ex-metalcore poser,” Clear exclaimed while laughing and clinking bottles with Up. “I shouldn’t have called Heads Up a fake edge band just because Andy took that Adderall to stay up driving all night on tour. That was none of my business, and I’m sorry for the flak I caused you guys on the B9 board.”

The night ended with both men sufficiently buzzed and excited for the future.

“We’ve decided to reunite both bands, for one night only, and do a show together. It’s important for the D.C. straight edge to stick together. I better call an Uber to get home,” Up said, while Clear relieved himself in a bush.