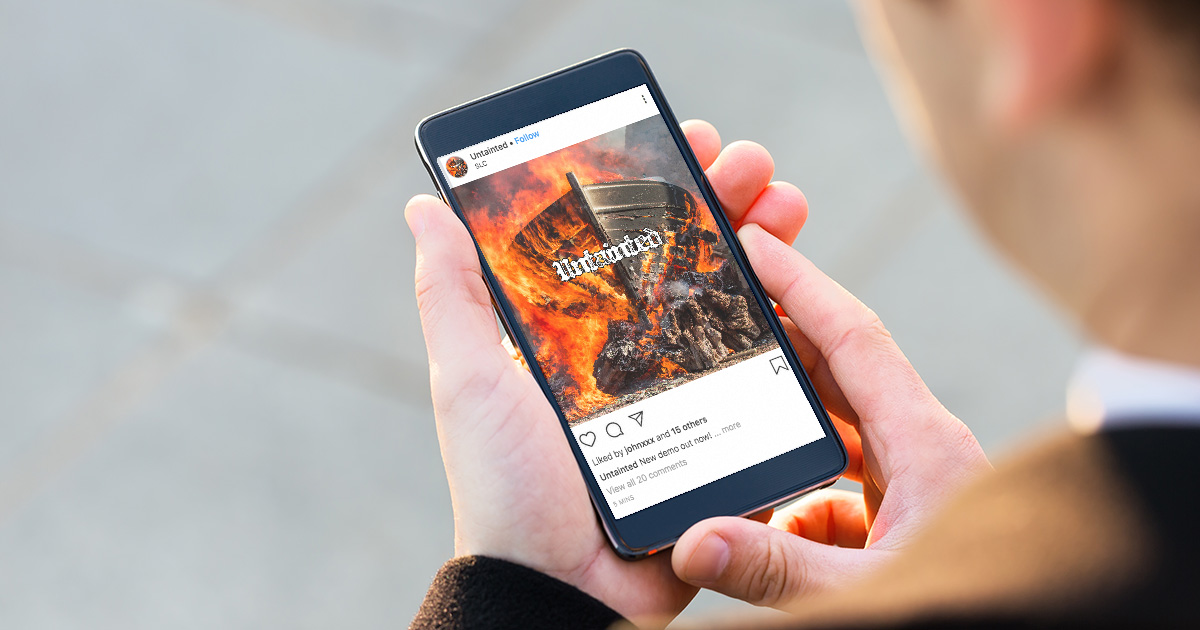 SALT LAKE CITY — Members of supposed straight edge band Untainted were cast out of their local scene yesterday after debuting a logo that did not use the subculture’s typical varsity font, outraged sources confirmed.

“If this isn’t an edge break, I don’t know what is. You might as well spark up a doobie around the keg with your buddies when you listen to Untainted because this band has no idea what it means to be edge,” said 46-year-old straight edge misanthrope Danny Fielder, known across various message boards as xDannytheKidx. “When I saw the cover art for their demo I didn’t know if they were metal, rasta, or some sort of freaked-out acid trip band with that non-varsity font logo. This is a slap in the face to everyone that still Xs up and stays true.”

“We didn’t think this was going to be such a big deal. But within five minutes of uploading the image to our Instagram, my girlfriend texted me saying she couldn’t be with ‘a sellout, piece of shit edge-breaking scum,’” said Kattman. “And when I went out to my car the next morning, someone had thrown a brick through my windshield and left a cheese grater on my car hood with a note reading, ‘Remove the straight edge tattoos or we do it for you.’ I’m still edge, but nobody believes me.”

Straight edge scene historian Emma Taggart claimed the departure from the scene’s only approved font is one of the most insulting gestures in the history of the genre.

“There are a lot of hidden rules to being straight edge, and that’s amplified when you’re a straight edge band trying to send a message,” said Taggart. “This band — who I truly think are worse than Hitler, Stalin, and Pol Pot combined — deserve to be ostracized, not only for their font, but also the fact that their cover art is not a live shot of the band with people piling up — they went with a photo of a boat on fire. What the fuck is straight edge about that?”

Bandcamp later announced they will not host any of the band’s songs on their platform, due to the thousands of threatening letters containing razor blades sent to their headquarters.