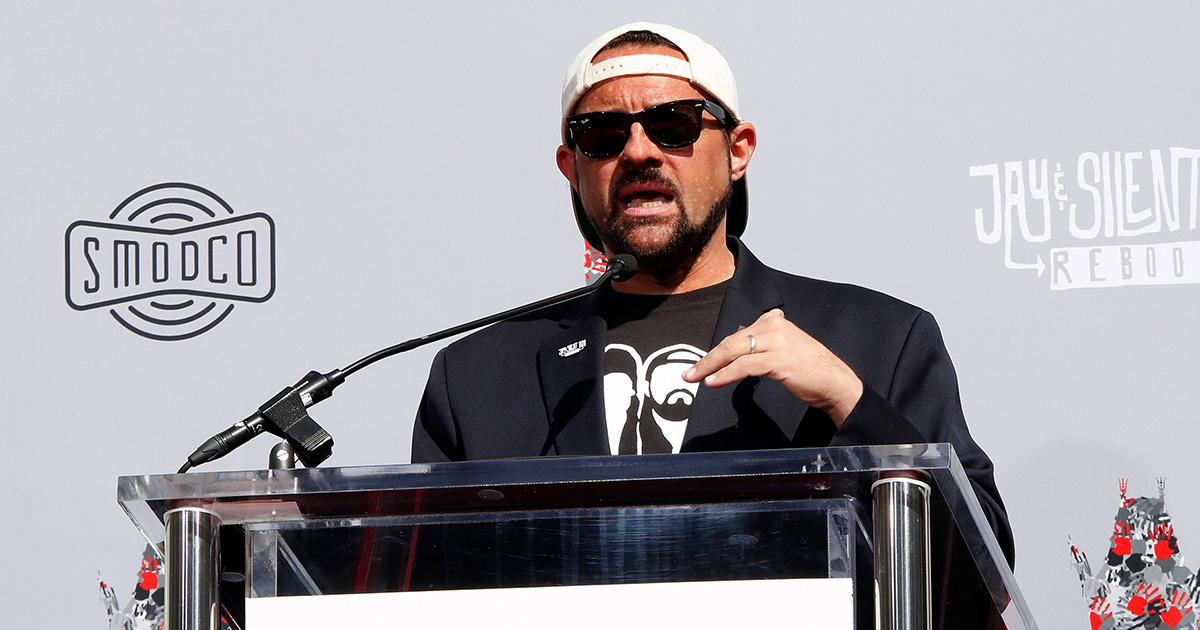 DELRAY BEACH, Fla. — Stoned-out-of-his-gourd movie director and podcaster Kevin Smith is still answering the first question of a Q and A nearly four hours after it was asked, and is refusing to let anyone leave the venue until he’s finished.

“The Q and A hadn’t even really started. He walked on stage and a theater employee asked if he had enough water, and Kev screamed ‘Okay, man’ and just went off. He’s been talking so long I’m not even sure what day it is anymore,” said attendee Kimora Fischer while checking to see if she could escape through a fire exit without setting off an alarm. “To be honest, I only know Kevin as the ‘Clerks’ guy, so at first I thought this is just what he does. At one point he mentioned the CW show ‘The Flash’ and then cried for ten minutes and I thought that was it. But then he recovered and started telling stories about Bruce Willis again.”

Smith’s co-host for the evening, Jason Mewes, explained that although somewhat alarming, the behavior was not atypical.

“A former junkie can always spot one of our own. Kev is clearly on a bender right now. Not the weed, that shit’s not addicting. I’m talking about speaking on stage,” said Mewes while sneaking back to the green room to film a Twitch stream. “It’s best to let him get it out of his system. Besides, it makes my job easy as hell. As long as I’m around when he needs me to scream ‘snootchie bootchies’ or tuck my dick between my legs, I get paid.”

Local police were eventually called after an audience member allegedly injured herself.

“Apparently someone in the crowd tried to slice her own throat after Mr. Smith started telling the story about eating his wife’s ass for the seventh time,” said deputy police chief Rory Dickerson. “While paramedics were able to attend to the injured person, several members of the ‘Tell-em Steve Dave’ podcast had barricaded the doors, insisting that we must let the director finish his Prince anecdote. Apparently any sudden movement may cause the heavily-stoned Smith to suffer another heart attack.”

At press time, authorities were finally able to end the standoff after posing as Twitter followers of Smith’s and convincing him to immediately start writing the script to “Tusk 2.”