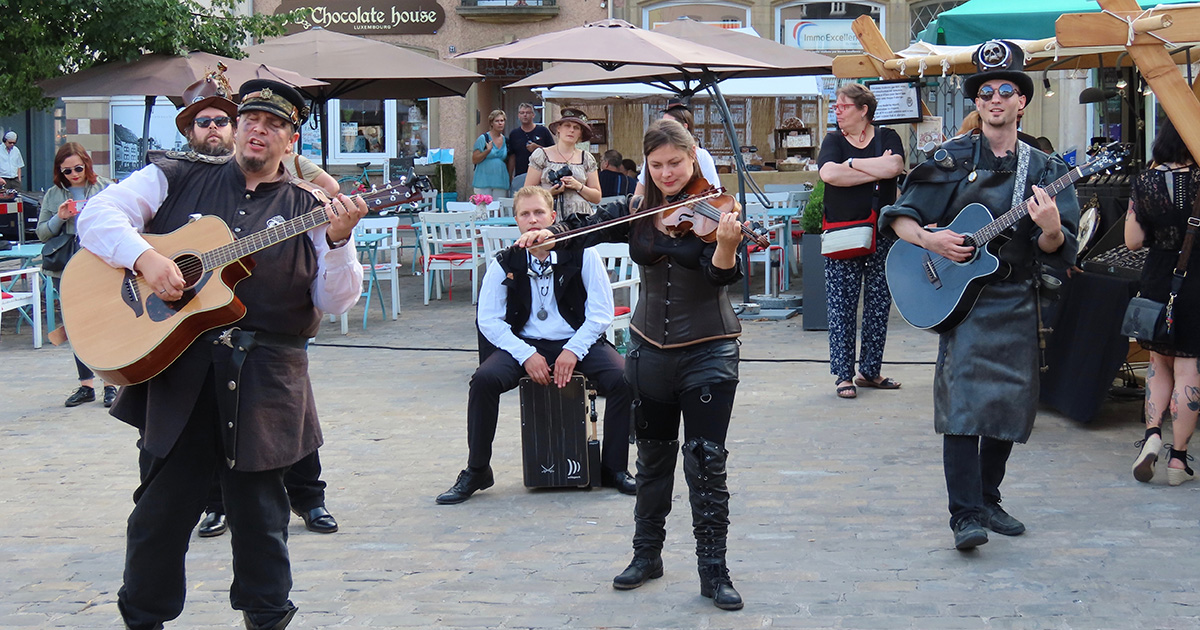 CHICAGO — Touring steampunk band The Death Gaskets’s frustrated venue staff when their tour rider was revealed to be nothing more than an extensive list of weird hats, according to sources.

“Normally we don’t host that many bands,” said Jack Lynette, the manager of Kearney Memorial Library. “But these guys will only play at libraries, book binding services, or public parks where famous authors are said to have worked. And I know there’s a whole thing about bands making weird demands in their tour riders, like Van Halen wanting brown M&Ms and The Hold Steady always insisting on having every John Cassavettes movie on VHS in their dressing room. But these guys just want like, way more hats that anyone could need. Like, there’s four kinds of ‘trilby’ hats on this thing. What the fuck is a trilby?”

“Also, they already all have hats,” Lynette added while pulling up www.steamhats.com on a library computer.

Ted “Theodore Horace Huckleberry” Subitto, one of two organ players in The Death Gaskets, felt the rider was appropriate.

“Life on the road is hard,” Subitto said, paging through a well-worn copy of “The Difference Engine.” “It’s exhausting and lonely, the miles between shows we booked seeming like leagues. All so we can bring the gift of steampunk rock to the unwashed masses, all those Morlocks out there. So yeah, we enjoy some fringe benefits. If you know what I mean. And what I mean is hats. Lots and lots of hats.”

“Back in my day, tour riders were for piles and piles of loose cocaine,” Phillips said. “Like, just so much cocaine everywhere. And sometimes there would be like a sandwich platter or something, because cocaine settles better when you have something in your belly. Those were the days. But these guys also look like they’re from way, way before my days, so who knows. Rock ‘n roll, you know?”

As of press time, The Death Gaskets were refusing to perform until they received mustache waxings from a barber named Gustav.