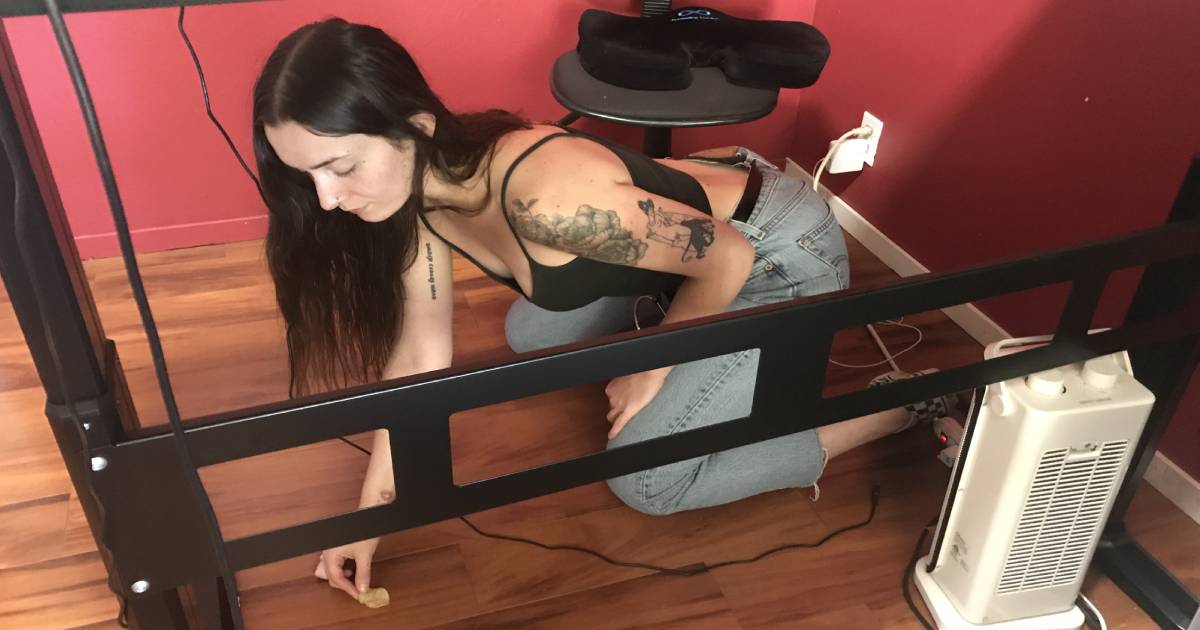 SEATTLE — UX designer Erin Philips shocked her colleagues today at her advertising firm CreateJoy when she elevated her standing desk for the first time to check for a lost chip, confirmed sources startled by the sound of the desk in motion.

“Honestly, I forgot this thing even went up — I was trying to find my Dorito when I spotted the up and down buttons on the edge of the desk and was like, ‘Oh fuck, that’s right!’ Sure enough, it goes up pretty high,” said Philips. “I didn’t even have to get out of my chair to grab the chip. I just scooted under the desk, picked it up, and rolled back out. Then obviously I had to get back to work, so I lowered it down again so I could sit for the next six hours.”

CreateJoy CEO Peter Hurst once believed that standing desks would invigorate his workforce and offer an alternative to sitting all day.

“I heard Google had these, so I got them for our office. I’m not sure how they’re working out for Google, but all of my employees would rather sit on their ass like it’s 2010,” said Hurst. “When I renovated the office, I saw it as an investment in our company culture: I had HR set up a whole launch party for the new design, and we celebrated with healthy snacks. But once everyone realized there wasn’t going to be cake, they just went back to work.”

Tonia Daly, an interior designer specializing in creating ergonomic workspaces, described how early advocates of standing desks predicted they would revolutionize the office.

“I admit that I, like a lot of interior designers, thought the standing desk was going to be a game changer for office workers’ health and productivity. I guess a lot of us failed to consider how truly lazy people enjoy being,” said Daly. “I’d say only about two percent of employees who receive standing desks actually use them for their intended purpose. Most people spend a few seconds pretending to be a DJ, and then never use it again.”

Philips followed up her brief standing desk use by taking the stairs, mostly in an effort to avoid small talk in the elevator.