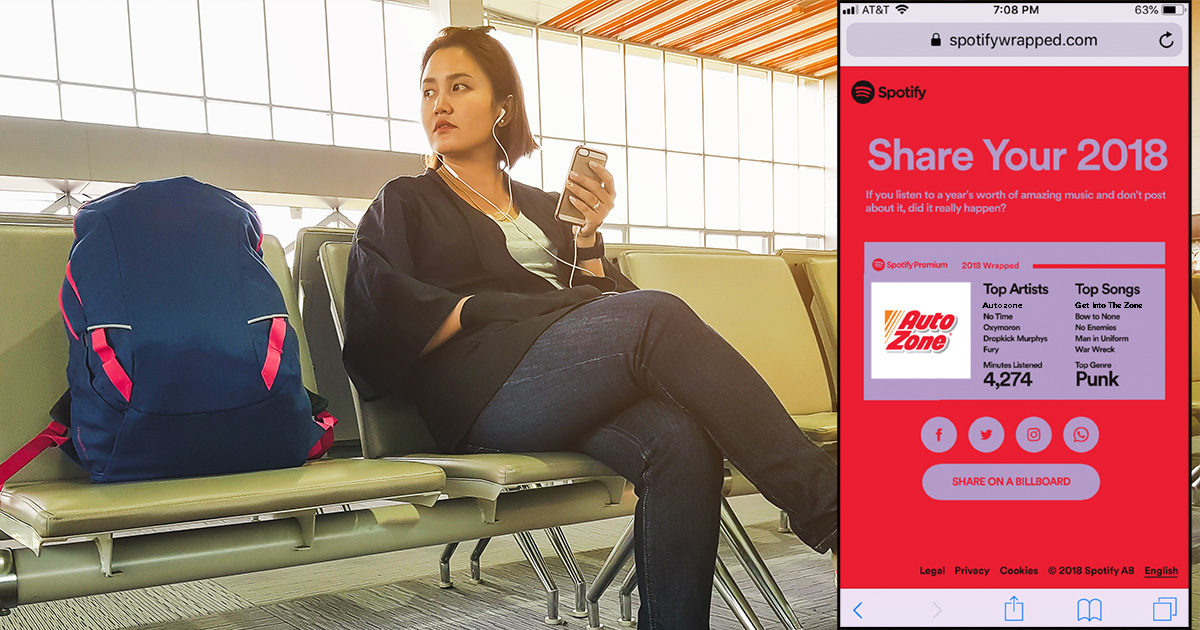 TUCSON, Ariz. — Local music critic and Spotify free user Jill Nesbitt named “Get in the Zone – Autozone” as the best song of 2018 on her first year-end list since using the streaming service, sources close to the frugal woman confirmed.

“When I first heard the song, I just thought it was really annoying,” said Nesbitt, who surprised even herself crowning the four-second song as the best of 2018. “But after I heard it roughly 2,360 times, it started to grow on me — when I caught myself singing along, I realized it was really just a perfect pop song: short, simple, catchy, and empowering.”

“I will get in the zone,” added Nesbitt. “I do it all the time. And once I’m there, I never want to leave.”

Despite the honor, the people behind the song seemed unaffected.

“Yeah, our commercials have always been a big part of our business. So I guess it’s pretty cool someone enjoyed the jingle,” said Autozone communications liaison Curtis Warren. “But, hey — while you’re here, can I tell you about our winter tire sale? Buy three tires and get the fourth free! Any brand, any size.”

“They also come with a six year warranty, and can handle whatever conditions Mother Nature throws at them,” added Warren.

Unfortunately, Leora Englehardt, the songwriter behind highly rated “Get in the Zone – Autozone” jingle, also seemed underwhelmed by the distinction.

“Don’t get me wrong: I appreciate any and all forms of support,” said Englehardt. “But that song took me about four minutes to write. I spent the past three years working on a solo album I released this year, but nobody seems to give a shit. Couldn’t she pick a song off of that to at least make her top 10? Feel free to pass my name along to her so she can check it out.”

Following the announcement, Nesbitt teased the release of her “Best Films of 2018” list. While the author has proven her capacity for a shocking upset, most expect the Peloton commercials from Hulu to nab the top prize.