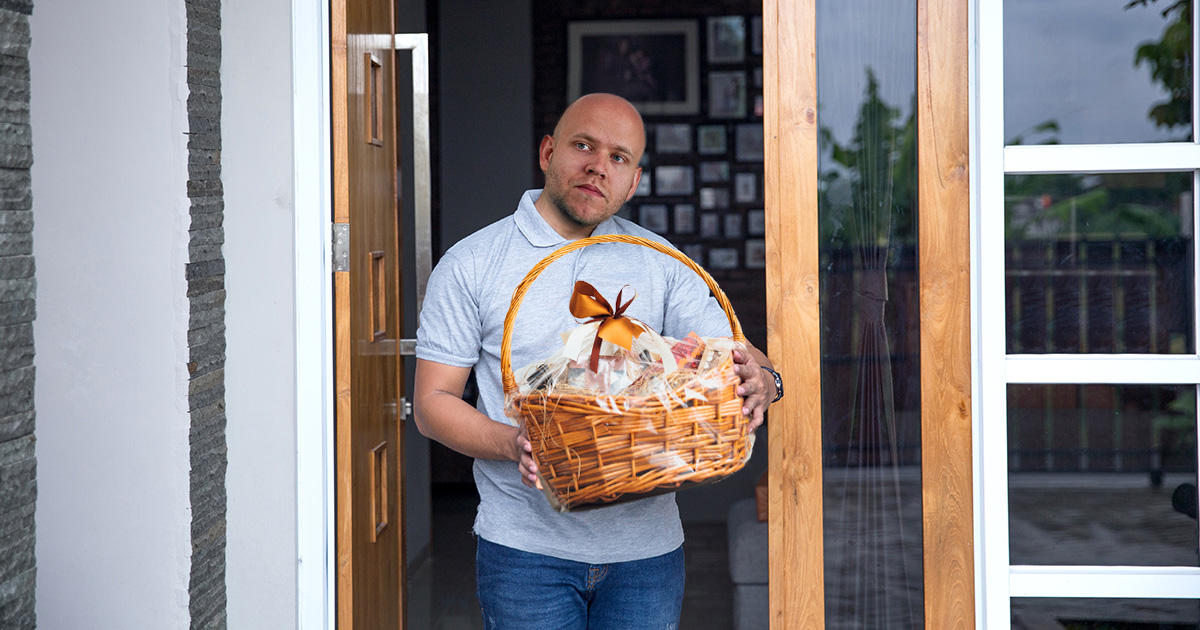 NEW YORK — An air of mystery and excitement pervaded CEO Daniel Ek’s office as he was delivered a gift basket of elk meat and testosterone injections from a secret admirer, Ek’s executive assistant confirmed.

“You know, I was actually feeling a little low today with all of the negative press my company has been receiving lately, but I must confess, I’m tickled by this gesture,” admitted Ek. “People think that just because I’m worth billions of dollars I don’t enjoy the little things. Look, they even included a note with the basket. It reads: ‘Mahalo Mr. Ek, you are the most epic of CEOs. You operate on a whole other astral plane of energies that is both Zen-like and inspiring, unlike that old farty pants Neil Young. Big thanks for the millions of dollars!’ Such kind words. I must know the identity of this masked Lothario!”

As news of the sumptuous gift basket spread amongst Spotify employees, rumors began to spread as to who may have been behind the thoughtful offering.

“I bet you a zillion dollars it was Simon Cowell!” barked branding specialist, Aspyn Vandenberg. “It’s a no-brainer if you ask me. He comes across as so gruff, but I bet he’s a real sweetheart when you get to know him. Or maybe it was Pete Davidson? He’s everywhere these days. Ugh, I can’t make up my mind now.”

Others in the CEO community made it known that they were a bit jealous of the special treatment the music streaming mogul was receiving.

“What makes him so special that he gets to be the star in his own rom-com?” sulked Goldman Sachs CEO, David Solomon. “Whenever I get a gift, it’s like they’re not even trying. How many diamond-encrusted cigarette boats does one man really need? Would it kill them to think of something unique? Just go on Etsy for like two seconds. It’s not that hard!”

In the wake of the success of the initial gift basket, the unknown admirer followed up with a platter of CBD oils, mushroom coffee, and a one year supply of Ivermectin.