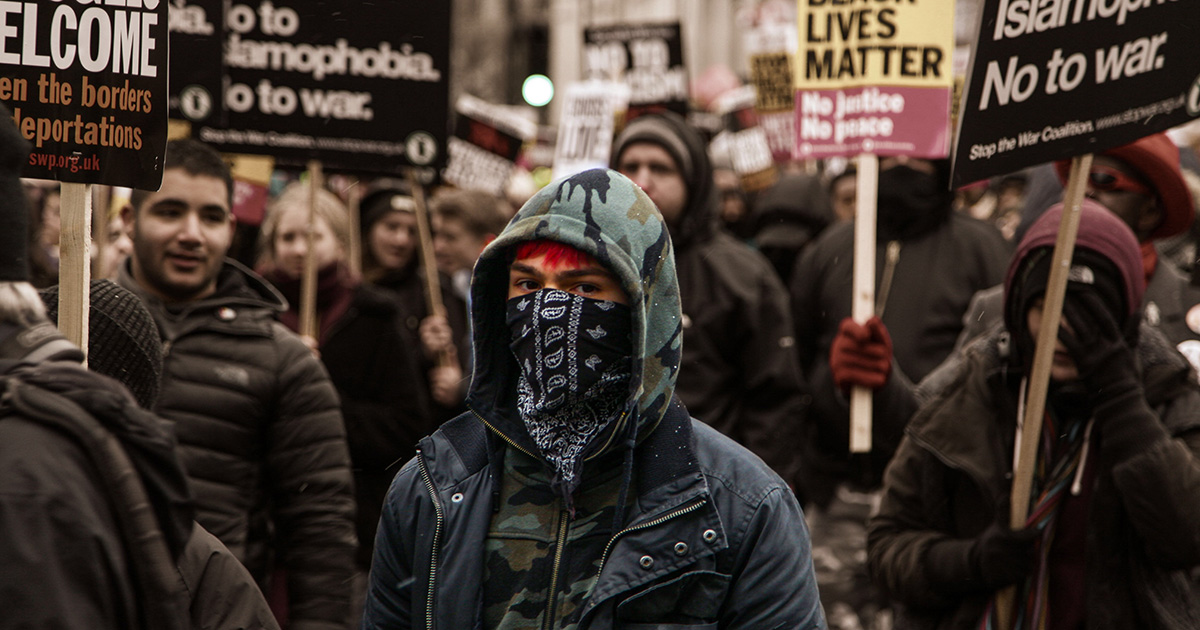 WASHINGTON — Local anarchist and socially awkward person Cynthia Mejia paced outside of The World Bank for nearly two hours this morning, unsure how and when to incite a riot without “making it be all weird,” masked sources confirmed.

“I saw her sort of shifting around on the sidewalk, with a brick in one hand and biting her nails on the other,” said bank worker Serena Ko, who was on a 15-minute work break when Mejia arrived. “She stood around the entrance for a while until the guy near the front yelled at her for cutting the line, and then she scurried off. I saw her down the street sifting through her bag and she finally just stared at her phone for a while, but she was obviously looking at nothing. So weird.”

Others in attendance awaiting the cue from Mejia fled the scene after realizing they were entirely unprepared to take the initiative.

“I assumed because she’s an Admin in the Subreddit that she’d lead the charge, but then nothing happened,” said a nervous young man who asked to be attributed as, “just put Bill… wait, is that weird? Sorry, I don’t know.” “I didn’t really see what she was doing because I was staring down at my feet. I had to pee so bad, but I don’t think there’s anywhere on this block that’ll let you just use the bathroom.”

“Each week we’ll have no less than 30 people who were bored at work, scrolling through Instagram and saw some ‘Young Turks’ video or read one Orwell quote that made them think they’re anarchists,” Kowalski added. “The sad reality is that most of these people can’t even correct a barista who put the wrong milk substitute in their latte, never mind beat the shit out of a fascist security guard.”

“It’s not uncommon for protestors to get cold feet, which is why we try to force the shyest of our new recruits to literally throw the first stone,” he added. “It really separates the badasses from the punk-ass bitches.”

Mejia was last seen visibly sweating and yelling “I’m sorry!” over and over to no one in particular while running away.