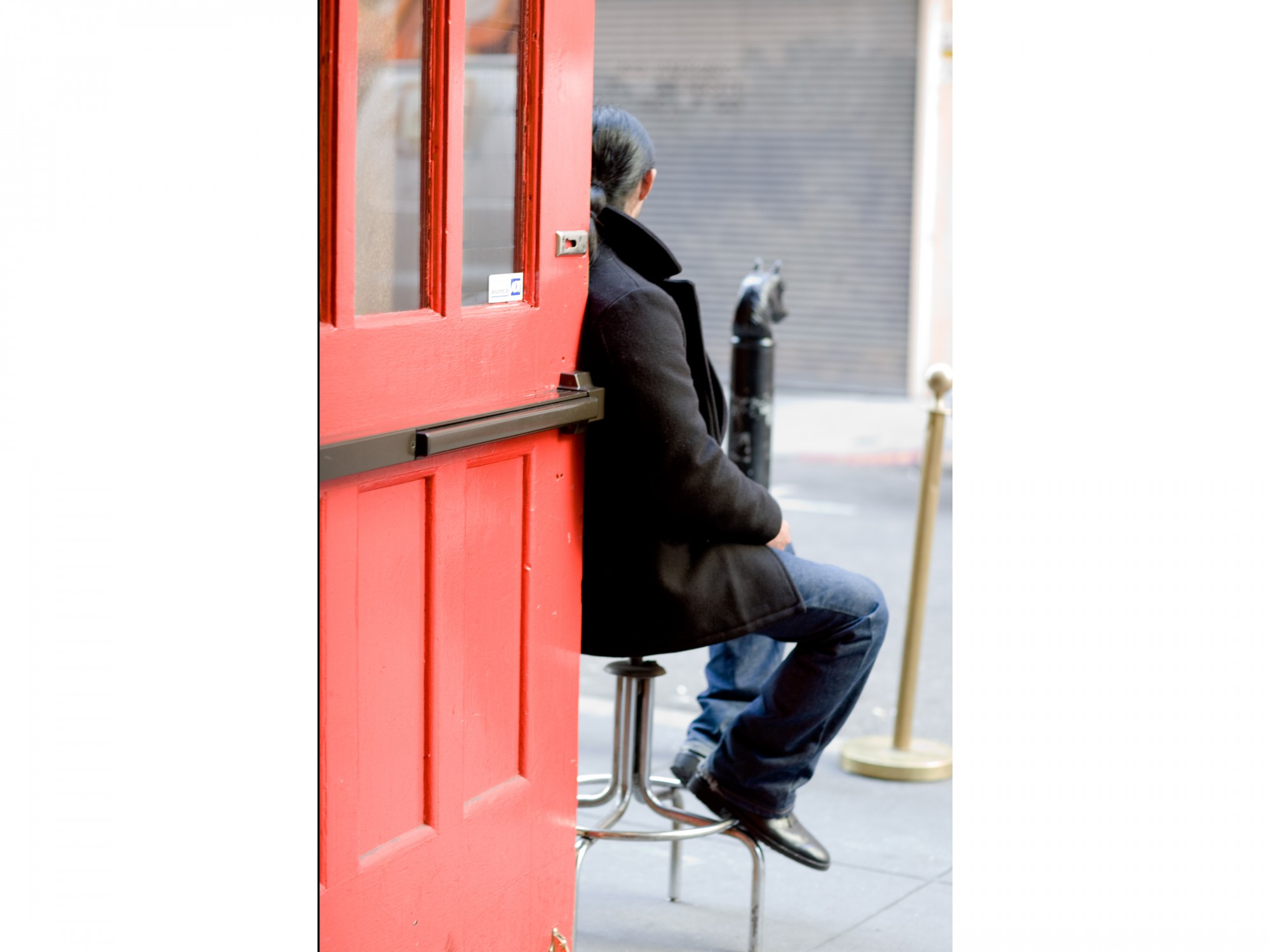 CAMDEN, N.J. – Just inside the door of the The Hideaway, perched atop an old stool, sits Kyle Harper, the man responsible for collecting money and stamping the hands of anywhere between 20 to 30 show patrons attending this week’s local punk showcase. But performers and show goers alike have voiced their displeasure, saying Harper is beginning to abuse the tiny bit of authority he has been given.

“I asked the dude at the door if I could step outside for a smoke, he said it was cool. I light up outside the door and he starts screaming that I need to be 30 feet from the entrance; that it’s a city ordinance and asking if I’m trying to get the place shut down,” show patron Jake Spurlock said. “Then, once I finished my cigarette and tried to go back inside, he asked to see my stamp and ID again. I show him, and then he says no ins and outs. I never left his line of sight. It’s insane. I mean, he’s patted me down like three times tonight.”

Spurlock was not the only person attending the show that dealt with iron fist of Harper. Casey McGormick, drummer of headlining act ClearlyxStraight, was held up at the door during load-in three hours before the show was scheduled to start.

“I was carrying in my bass drum and suddenly I hear ‘Whoa, whoa, whoa – not so fast, buddy, let’s see some ID’, I tried explaining I was in one of the bands, but he told me he would need to X my hands so I didn’t try buying anything from the bar. I told him I’m straight edge and he told me he’s heard that before and to check back in with him in four years,” McGormick said. “I already had my hands X-ed up so he drew these stupid little blue Xs next to my other Xs. It looked really dumb.”

When asked to comment on the situation, Harper was unapologetic, comparing himself to 44th President of the United States.

“Look, every man in a powerful position gets criticized. I’m like Obama – I’m tough but I’m fair,” Harper said. “I make decisions every day that you couldn’t bear to live with. Only god knows if I get them all right but, with lives hanging in the balance, I do my damnedest.”

Harper has been applauded by The Hideaway management for always getting the maximum amount of money at the door to not pay the bands with. They attribute that success to Harper’s strict policy of seeing three different forms of photographic government ID for any person on the guest list.

“Look, kid, this is the music business, you see? If you’re not in a band, I’m going to have to ask to see some IDs,” Harper could be heard yelling at the new bartender working tonight’s show.