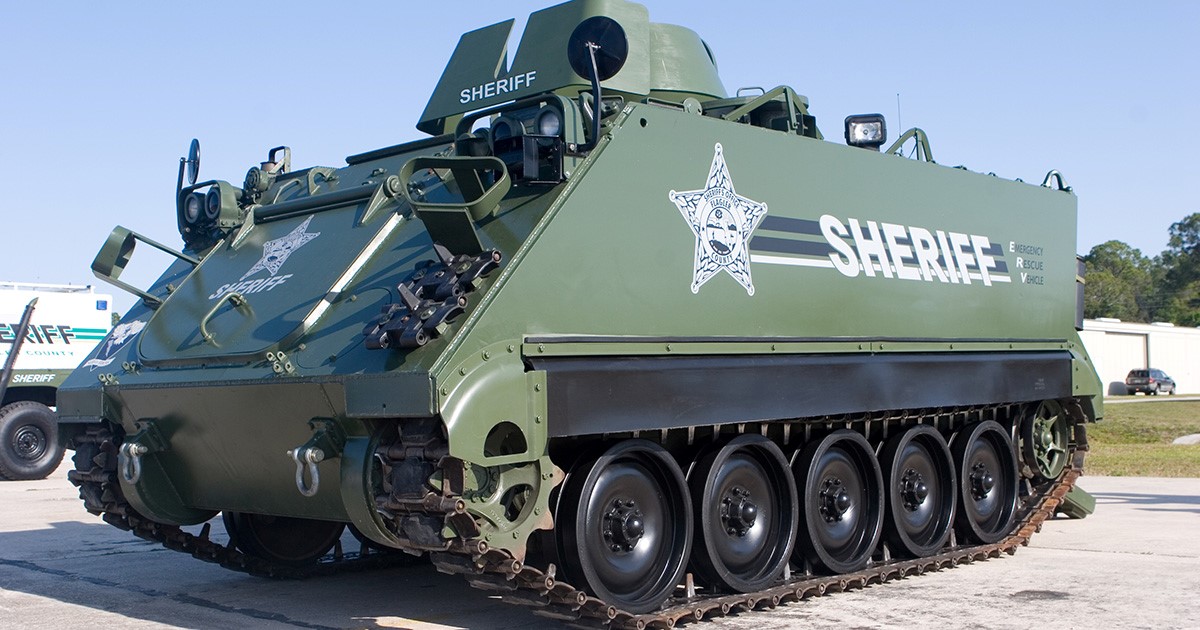 MIDDLETOWN, Del. — Local Middletown police are reportedly searching for any excuse to justify the use of a brand new tank the United States government provided the department, which serves fewer than 20,000 people in the town.

“You civvies don’t have any idea what it’s like out here on these streets that you drive, walk, or bike down every day of your lives,” said Brent Crowder, a local officer best known for blowing out his knee on the Middletown high school’s football team in 2003. “A squad car just doesn’t cut it anymore — the tank is essential. How do you expect us to deal with the hordes of jaywalkers and skateboarders turning this town into a war zone? And don’t even get me started on the sick fucks who pirate media in their own homes. Nowhere’s safe.”

While police worked overtime to justify the possession and use of a literal tank, the citizenry expressed a mixture of skepticism and confusion as to the vehicle’s utility.

“Yeah… considering the worst thing that happens in this town is people shoplifting from the Wal-Mart, a tank seems a little ludicrous,” said lifelong resident Jamie Barfield. “But any time anything happens, you see the cops scrambling around in full-on riot gear and heading for that tank. They always seem to forget our roads can’t even accommodate the damn thing — they brought it in on a flatbed, and I’m pretty sure none of them actually know how to operate a tank. It hasn’t even moved since it first showed up.”

Police Chief Charles Hines also felt the tank was inappropriate for the department’s needs, albeit for different reasons.

“The tank isn’t enough for the amount of shit we have to deal with — in fact, it is just the beginning,” Hines said, wiping sweat from his bald head in an air-conditioned office. “It’s a goddamn crime carnival out there from dawn to dusk, and even with the tank, riot gear, and armored personnel carriers, we just aren’t equipped for it. We need more. We need helicopters, we need super soldiers… maybe some Iron Man armor or something.”

At press time, Hines was gathering officers in a conference room to go over his “Robocop, but with more guns and less oversight” initiative.