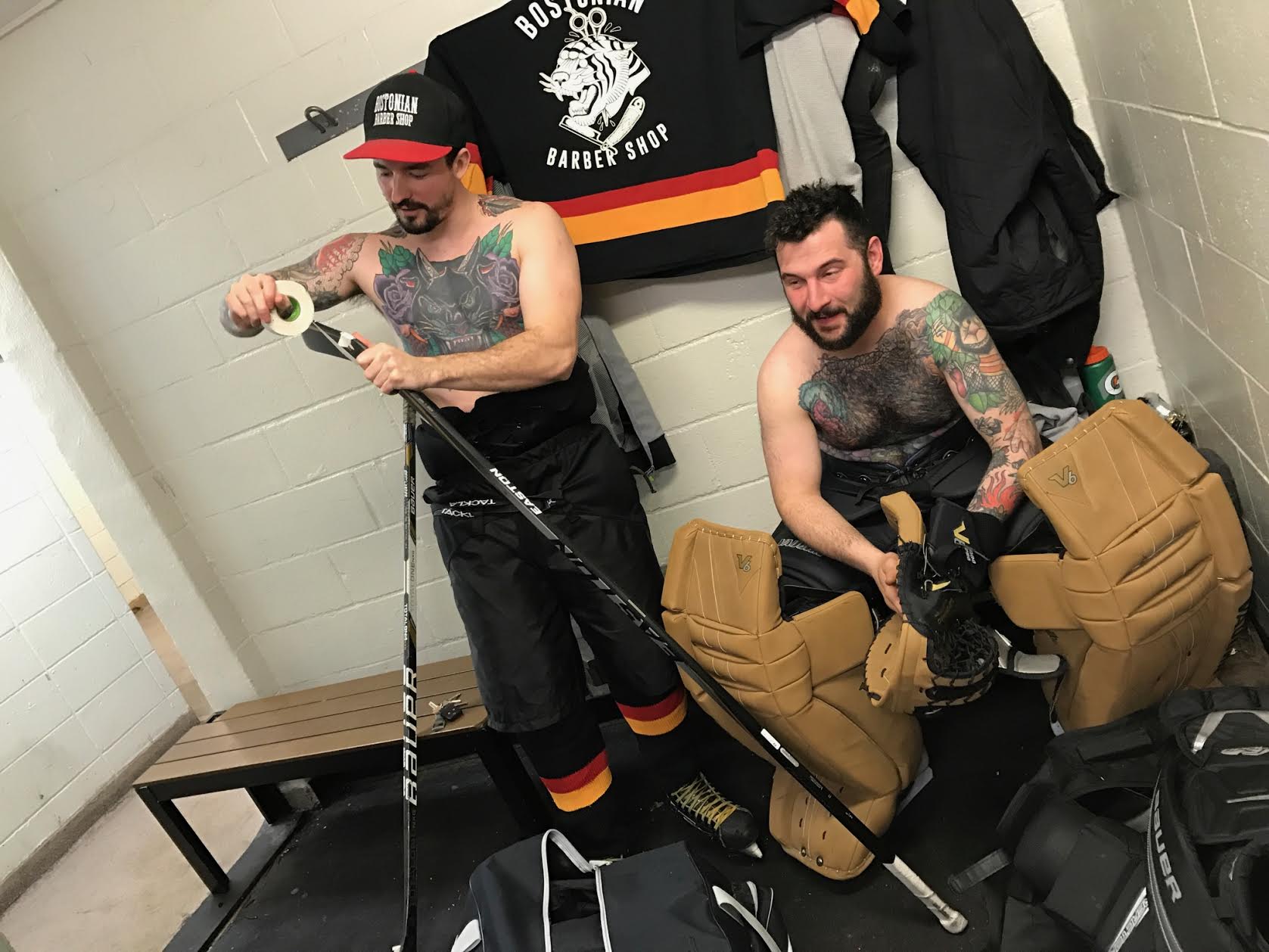 THE PAS, Manitoba – The 12 men known to make up a small town hardcore scene located in rural, midwestern Canada also serve as a beer-league hockey team within the same small town, according to sources close to the situation.

“The scene here may be small, but we back each other hard. Everyone is really involved,” said Enemy frontman, Brass Ruiner drummer, xSTANDx guitarist, and left winger James Cote. “Between Baynes, Roy, and Brian ‘BB’ Boucher, we got some killer drummers and a wicked strong forecheck.”

Others within the scene echoed Cote’s sentiment.

“I mean, these guys have been like brothers to me since we all joined Pee Wee back in grade five — and that’s not even counting my actual brothers/guitarists/drummers/defensemen, Danny and Rick,” added local bassist/drummer/frontman/goalie Zack Sibley.

Making up an impressive nine bands between the dozen of them, the scene/team optimize cost and time efficiency by renting a function hall located within the town’s local hockey rink. The rink is currently listed as the scene’s only venue.

“You gotta pay your dues, and then also literally pay your league dues,” Cote said, reflecting on the scene and the team. “Season fees are, like, $500. That ice time ain’t gonna rent itself.”

Due to the scene’s small size and unyielding passion for hockey, problems frequently arise with scheduled shows and are often subject to cancellation.

“We were supposed to have this killer show with Arch Rival, but then them goons from Gordy’s Tire came by the venue at load-in talking rubbish about how we are a bunch of Coors Light drinking darts, eh,” said Cote. “Before I knew it, there we were 30 minutes later, settling it out on the ice like men.”

Despite countless offers to crash at guitarist/drummer/center Monty “Mucks” Davidson’s apartment for the evening, Arch Rival opted to head back out on the road upon discovering the living room/team equipment storage/practice space “fuckin’ totally smelled like actual balls, eh.”