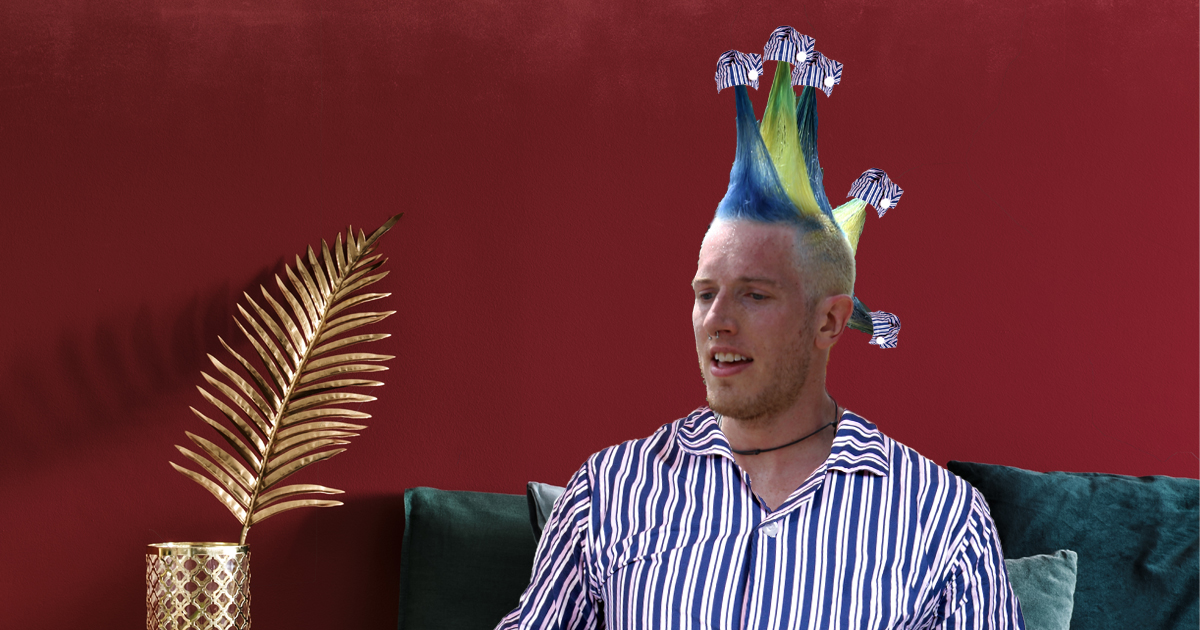 ST. LOUIS — Acquaintances of chronically fatigued punk Anthony Mafodda are reportedly perplexed by the rocker’s nocturnal habit of sheathing each individual point of his mohawk in an old-timey silk nightcap.

“Listen, I know it’s a little weird, but the nightcaps keep this ‘do of mine nice, stiff, and pointy,” Mafodda said as he painstakingly lowered the conical hats one by one onto the half-foot tall spikes atop his head. “The scratches my liberty spikes were leaving on my headboard were becoming an eyesore, and the amount of pillow cases my mohawk stabbed right through was becoming an issue. And this saves me money, because I don’t have to keep applying product to it to keep it sharp.”

“Plus, I can huff all the extra glue I used to have to use on my hair,” Mafodda added.

Bo Alberti, who once toured in a band with Mafodda, recounted Mafodda’s dedication to using the nightcaps.

“Yeah… even when we were three-quarters of the way through a tour, crashing on floors or sleeping in the van, he’d break out those tiny little hats,” said Alberti. “I once saw him so blackout drunk he literally was unable to speak and vomited on a police horse… but at the end of the night before he fell unconscious, those nightcaps went on his hair like magic. And they were always clean! The rest of his clothes hadn’t seen the inside of a washing machine in months, but you better believe those stupid fucking hats were immaculate.”

Mafodda’s dedication to the protective coverings for his mohawk have allegedly confused his partner as well, placing some strain on their relationship.

“I mean, it was sorta cute the first couple of times he put the hats on when we went to bed,” said Mafodda’s partner Glenn Washington. “But it takes so long to put them on, I’m already zonked out by the time he actually gets into the bed. And the hats make him look like a total fucking loser.”

At press time, Mafodda added a vintage nightgown to his nighttime ensemble and was fast asleep, snoring loudly enough that each inhalation shook the hats atop his head and each exhale came out as a high-pitched, “Mi-mi-mi-mi-mi.”