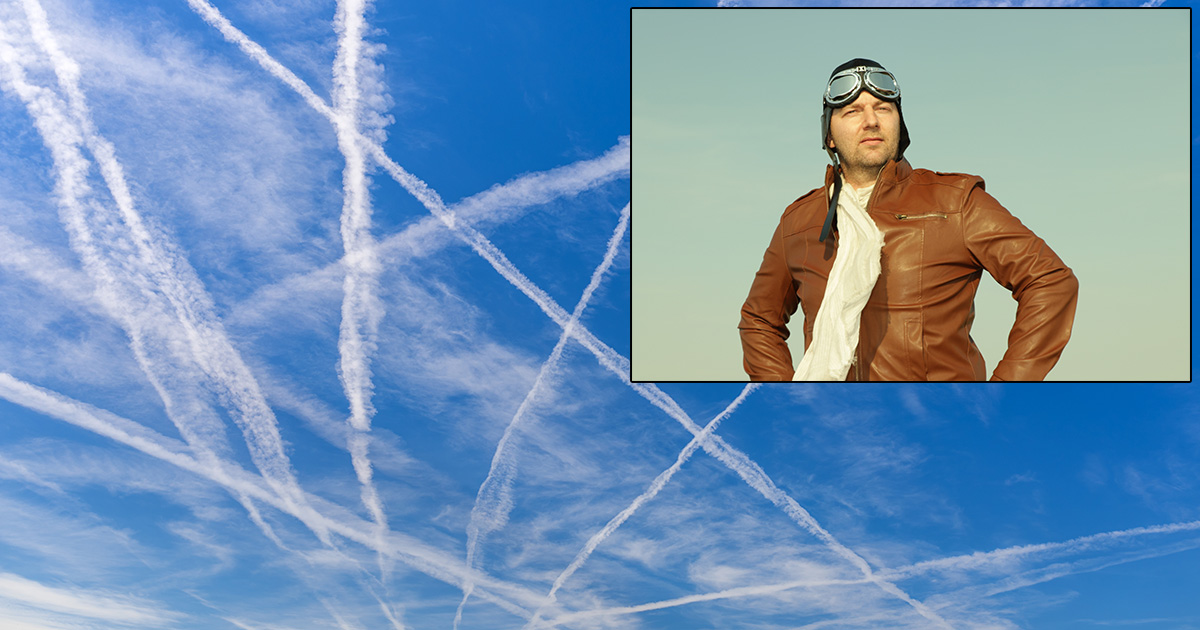 “I thought writing, ‘HAPPY BIRTHDAY’ in the sky with airplane smoke was a recession-proof job,” said Barnes. “But it turns out it’s one of the first things to go during a crisis. Thankfully, nefarious government plots never go out of style, and as a small business owner, I know when to pivot. A couple of my pilot buddies who’ve been keeping UFOs a secret hooked me up with the gig. I may be sterilizing the general public, but at least I’m still flying. And it beats delivering Grubhub.”

For those watching from the ground, Barnes’ job transition has been less than smooth.

“I hired him to skywrite my marriage proposal about a week after lockdown, but he got his tanks mixed up and accidentally wrote, ‘MARRY ME SUE’ in liquid strontium,” said client Paul Pfistern. “She said yes, but changed her mind a few days later when our hair started falling out. I should’ve gotten the message last year when she said no to my Jumbotron proposal. That was an embarrassing night. Mark Cuban laughed at me — you just can’t live something like that down.”

CIA director Gina Haspel explained that chemtrails operations have spiked in the months since the public health and economic crises began.

“It’s been a real boon on our end,” Haspel said. “With so many commercial pilots looking for work and everyone else stuck inside not watching the skies, we’ve been able to hit our weather modification quota two weeks ahead of schedule. Looks like hurricane season is coming early this year! And since everyone is watching the same exact crap on television, it’s even easier to program hidden messages into Netflix shows to keep people in line. We really should’ve thought of this earlier. ”

Barnes was last seen seeding a cloud with sun-blocking agents while walking on the wing of his plane.