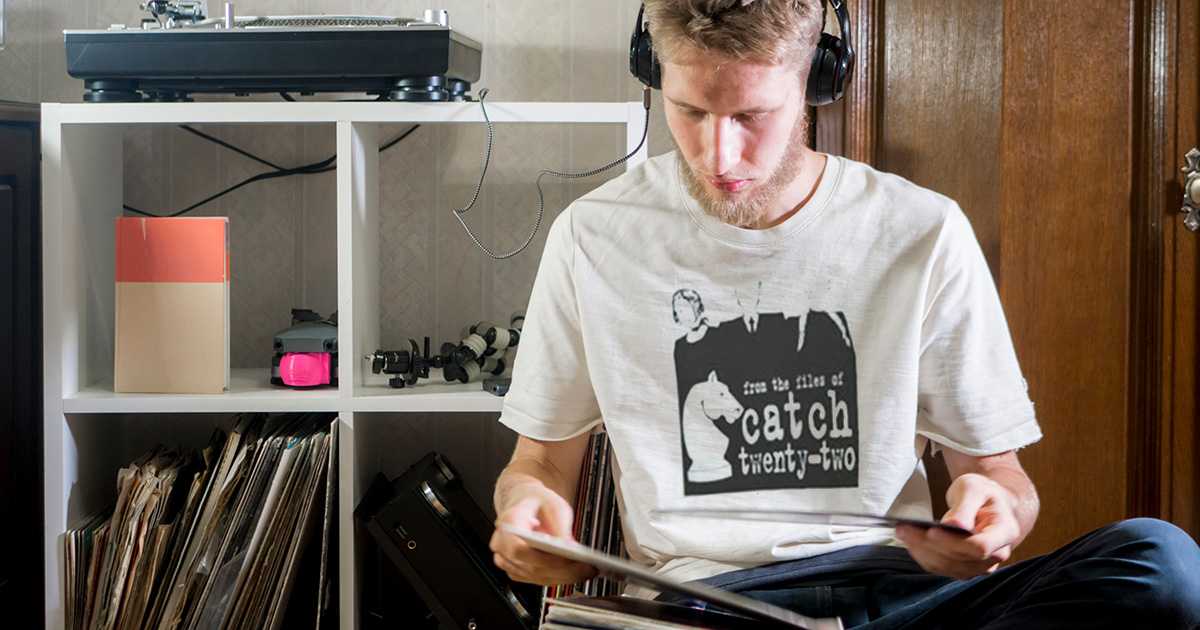 WALLA WALLA, Wash. — Local ska fan Brian Blum identified several hidden satanic puns while playing Skaranormal Activity’s new record backwards on a turntable in his basement, sources who preferred to take him at his word than see for themselves confirmed.

“There I was casually enjoying ‘Skanking for World Peace’ in reverse when all of a sudden some demonic voice snarled some of the most ominous wordplay I’ve ever heard,” said Blum before taking several minutes to decide whether to go with Van checkerboard shoes or his bowling-inspired footwear for the day. “I mean, I clearly identified an evil presence say, ‘all hail the prince of ska-ness’ and ‘ska ska ska is the number of the beast.’ It freaked me out so much that I turned the album off and burned it in the backyard. I just can’t have nefarious subliminal messages influence me without my knowledge and inadvertently turn me to the dark side of cheesy puns. The demon was a pretty sweet touch though.”

The band was surprised to hear about the alleged messages and claim to have nothing to do with them.

“As the world’s most prolific Christian ska band, we find it offensive that fans would think that we intentionally hid satanic puns on our record,” said Jayne Laughlin, the band’s guitarist, trombonist, and kazoo player. “Especially when you consider that we went out of our way to carefully weave in pro-Jesus ska-related puns throughout the entire album and in the liner notes. Like I always say, the best way to spread the gospel is through the use of clever wordplay. The fact a dark force might be clouding our recordings worries me. On our next album we will double, maybe even triple, our puns praising the lord Jesus Christ.”

Music historians noted there is a long legacy of hidden messaging on albums.

“Just put on any Beatles or Rolling Stones album and you will hear some truly demonic stuff when played in reverse,” said Samantha Greenstine, Professor of Musicology at UCLA. “One day bands will figure out that it’s actually way easier to just put your message right there in the lyrics like Slayer does. Fans typically don’t want to do a lot of heavy lifting trying to figure out whether you’re a bunch a satan-worshippers. Unfortunately, bands like to get cute with their demon-based messaging.”