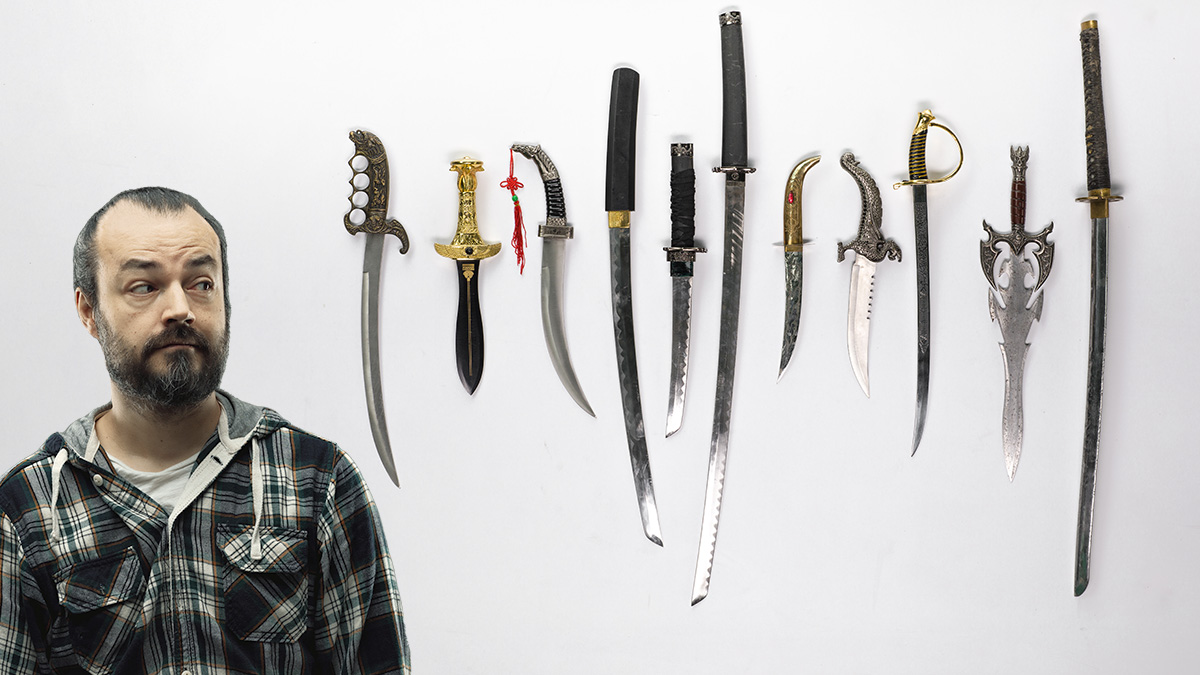 “When I bought my first ninja stars at a flea market I never expected someday I would own multiple katanas and a replica of the braveheart sword. But even with all of this, no girl wants me to take care of them, to protect them,” said Gorman while admiring his collection of elongated blades. “Whenever I match with someone I ask if they want to meet up at a park and they seem enthusiastic, then when I offer to reenact scenes from my favorite Samurai movies they stop responding. I’ve sent multiple messages to customer support because I think there must be a glitch in my app.”

Angela Harvey who proclaims she loves nerds had this feedback on the heavily armed man’s profile.

“These were some of the most alarming profile photos I’ve ever seen. The swords are front and center and they are always much cleaner than his shirts. The blades look dangerously sharp but he looks like he hasn’t shaved in weeks but somehow also isn’t growing a beard,” said Harvey. “Guys that love anime, play quidditch, and collect train memorabilia; I welcome it all. But something about a guy not smiling in front of shiny weaponry is unsettling on so many different levels.”

“He had so many common tropes in his photos, but they all seemed a bit more threatening because of the swords. We’ve all seen the ‘holding a fish guy,’ well Dan took that to the next level by posting a still shot of him slicing a fish in half with a sword,” said Loewen. “ Usually a picture with a niece or nephew says you want people to think you are a family person. But Dan once again messed that up by having the sword next to the children’s necks almost like he was holding them hostage. Don’t expect to attract a lot of dates when every photo looks like a direct threat.”

Gorman admitted he will be taking a brief break from the dating game while he moves apartments and remains hopelessly optimistic that he will get his security deposit back after spackling all the holes created by mounting 15 swords in his living room.