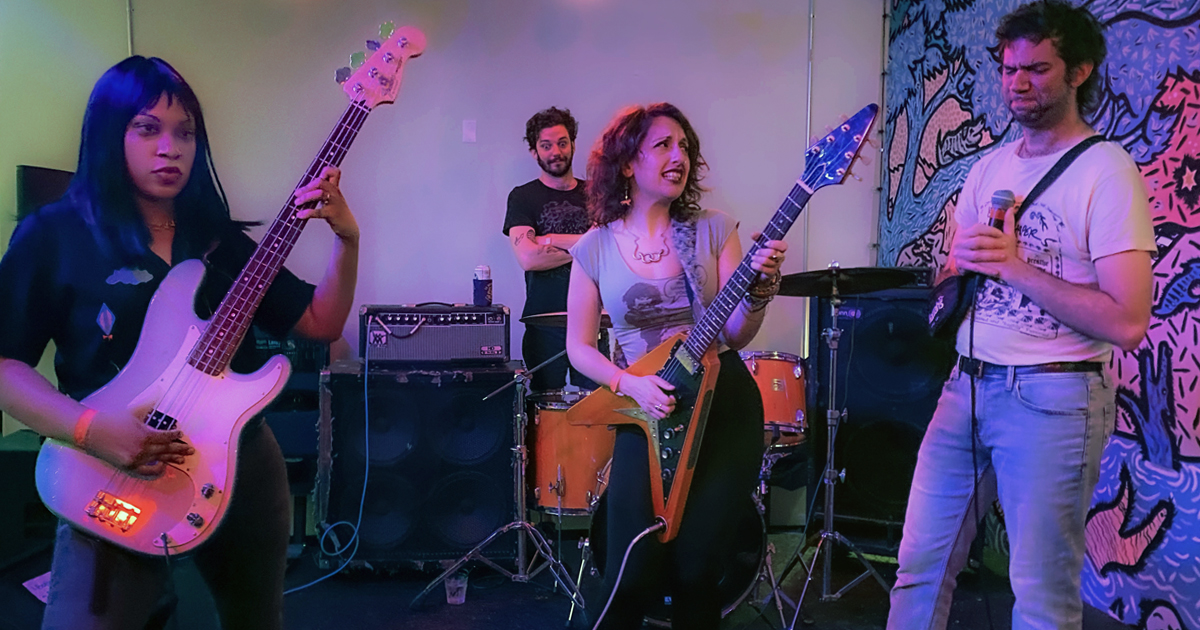 NEW YORK — Local band Junk Cat’s vocalist Ron Stallinger is at odds with his bassist who recently learned how to play the opening theme from “Seinfeld,” causing him to become self-conscious about his stage banter abilities, petty and indifferent sources confirmed.

“It’s just like her to do this kind of shit,” Stallinger complained as he shuffled through a stack of index cards he wanted to have memorized for the next show. “Normally we just introduce ourselves, plow through the set, and bounce. But this fucking asshole comes into rehearsal like a whirling dervish slapping and popping like a maniac. If she pulls that shit at a show, I’ve gotta at least have a bit about traffic, or owning a cat, or how there are too many toothbrushes to choose from these days. Otherwise, we’re dead in the water. Worrying about our setlist is hard enough. Now I gotta make sure I don’t bomb between songs.”

“I had just picked up a new set of strings, and ‘Seinfeld’ showed up on my Netflix queue,” Glass stated. “I learned the theme song that Jerry and the gang were introduced with week after week as a joke to make the guys in the band laugh. Between songs we were joshing around about cereal, lines at the deli, and other trivial stuff. It was a riot! But Ron just sat in the corner staring me down as if to say ‘what the fuck are you trying to do to me, Bill?’ The whole vibe was off the rest of the night, so we all packed up and went home early.”

Slap bass expert Theodore Funke warns of the dangers of playing the “Seinfeld” theme to a crowd full of people.

“Ron is right to be concerned, and it’s a slippery slope that he has every right to want to avoid. When people hear the opening hear that bass lick they turn into animals. Women try doing their best Elaine dance impersonations. People start chanting incessantly about airplane food, and the band falls apart on stage,” said Funke. “The best remedy is to switch Billie’s strings out with a set of flatwounds. She’ll be stopped dead in her tracks the second she strikes down with her thumb, and she’ll never know what hit her.”

At press time, Stallinger was seen workshopping bits about reheating leftovers at a nearby open mic.