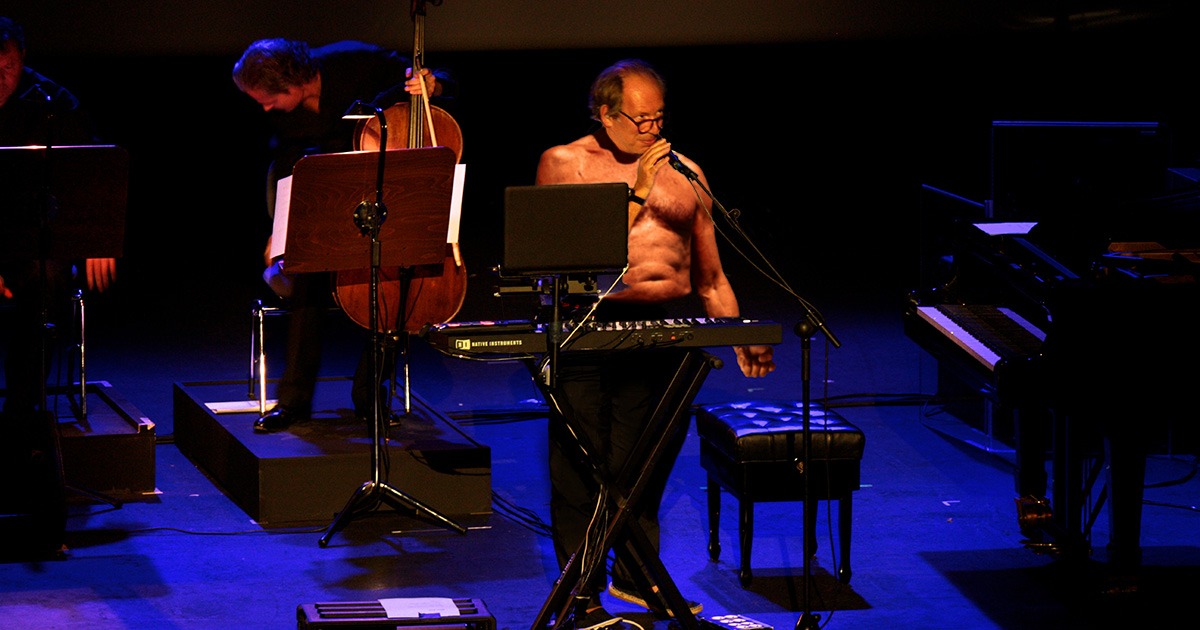 “Are you ready to fucking blow this shit apart tonight, Sydney?” bellowed the four-time Grammy Award-winner, whose nostrils were visibly caked with blood and white powder. “Because I’ll be honest, I think the Cialis I just popped backstage is reacting with my angina medication and I feel like I finally understand ‘Interstellar!’ Move up!”

“You know, the wife and I just came out tonight to enjoy a live performance of some of our favorite film compositions — we like the ‘Inception’ soundtrack in particular,” said Young.
“That’s why it was so disconcerting around two minutes into ‘Time’ when Hans started shattering empty beer bottles against the Grand Organ and throwing the glass into the crowd.”

Zimmer’s recent behavior appears to be the latest installment in a pattern of outbursts, sources confirm.

“I don’t want to talk about it,” said Anna Oommen, first oboe in Zimmer’s touring symphony orchestra. “I just need to pay off my second mortgage and then I never have to see this man again.”

“Logistically, we were not prepared for Mr. Zimmer’s stage dive into the audience during the climax of ‘Chevaliers de Sangreal’ from the popular ‘DaVinci Code’ franchise,” said Mark Wellstadt, Head of Security and Emergency Planning for the venue. “You see, there’s no pit, so he just kind of crashed into the auditorium chairs… most of which were empty at that point.”

“We tried to call an ambulance for him, but he kept saying he didn’t need to go to the hospital because he wasn’t, and I quote, ‘a pussy like that hack Danny Elfman,’” he added.

Zimmer was taken into custody by New South Wales police later that night for attempting to rob Ramin Djawadi at gunpoint.