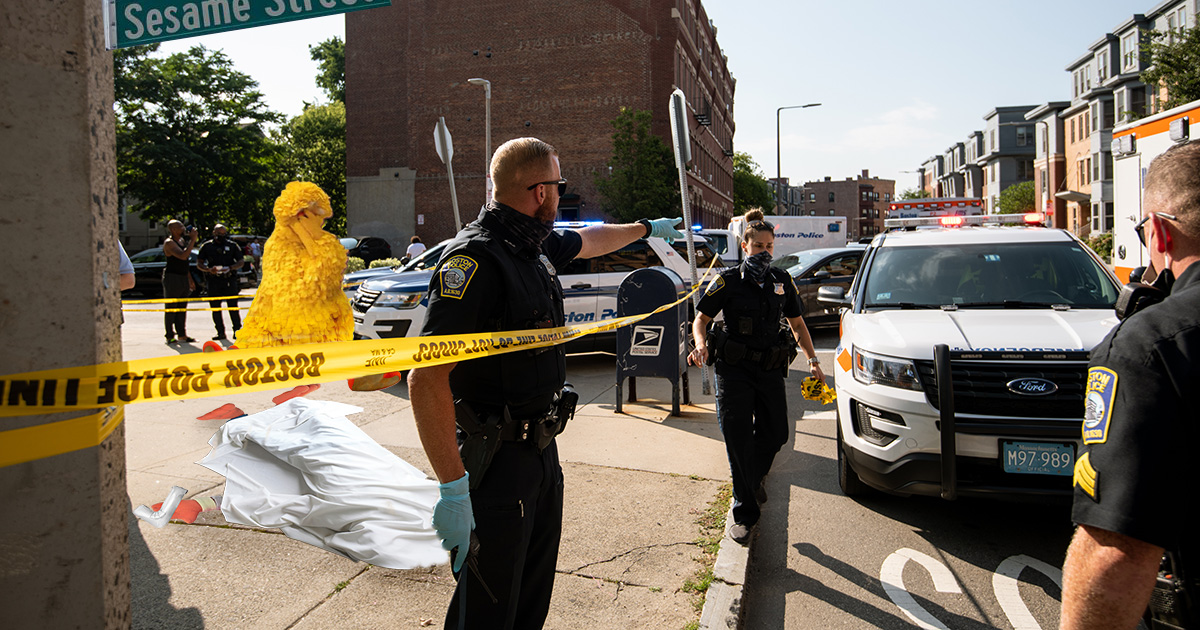 “He was just walking by singing about the days of the week when I heard a voice yell ‘He’s got a gun,’ and the shots started immediately. Fuckin’ pigs are always in my alley just waiting for a reason to bust my nuts, and I ain’t talkin’ about the hog family living in the tenement next door,” said eyewitness Oscar the Grouch. “I don’t buy their story for a second. It would be almost impossible to have thought this thing was a gun. It had googly eyes, and it was bright orange and made out of felt, which oddly enough also describes the offending officers.”

Some neighborhood residents, however, believed that the police had no choice but to open fire.

“I, for one, thank local authorities for maintaining safety within the thoroughfares of our municipality,” claimed Sesame Street Republican committee leader Sam the Eagle. “I have been harboring suspicions toward this newcomer since his arrival. I myself have requested the presence of law enforcement for reasons ranging from the volume of a song about sharing and its relation to caring, to dubious counting overheard from the hallway. The police accepted his claims that he simply enjoyed numbers, but I heard from Q that Elijah was in his domicile counting automatic weapons and drug paraphernalia.”

When asked who he was referring to as Q, Mr. Eagle clarified “the actual letter Q, from the alphabet.”

While some have called it an isolated incident, local reporter Guy Smiley argued that the story is being downplayed to prevent civil unrest.

“The network wanted me to bury the story,” Smiley reported. “Originally they weren’t even gonna have me say his name, referring to him as ‘the suspect.’ I couldn’t let them change the narrative. Not after Cookie Monster, Harry Monster and Grover were all forcefully removed from the Blue Lives Matter event last month after being told it was exclusively for police.”

At press time, the SSPD planned on making an official statement as soon as they finish the chorus and can think of a word that rhymes with “allegedly.”