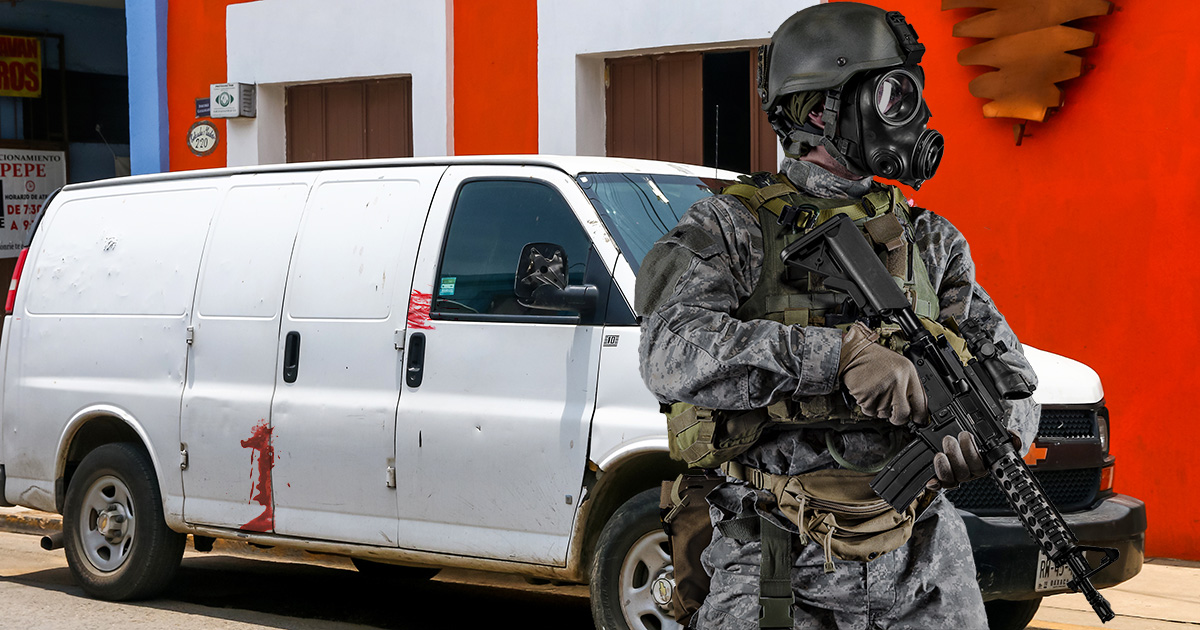 CHICAGO — An Avis car rental in Lincoln Park is trying to send the federal government a $50 cleaning bill today to remove the blood from the rental vans used by Trump’s secret police during raids in the last week, an Avis spokesperson confirmed.

“I was completely on board with renting out our entire fleet to the federal police. I mean, they wanted 20 vans, plus the additional insurance! I figured they’d be using them for transporting some sweet tactical gear or ammo and stuff,” said Avis franchise owner Mike Mullaney. “But they returned the vans a few days later in the middle of the night, with bloodstains all over the interiors and missing license plates. I guess they must’ve been attacked by those violent protester moms. I’m willing to give them a break for not returning the vans with full tanks, but now I’m out $50 to rent a carpet cleaner.”

“Problem is, I don’t know who to send the bill to, “Mullaney added. “The guy who came in was wearing a gas mask and signed the papers, ‘Thomas Jefferson.’ All I can do is send the bill to the White House and hope for the best. I’m assuming Trump is the one in charge of these guys anyway.”

While management was working out who would pay for the extra cleaning, the rental company’s employees expressed concern over what they found inside the vans.

“You gotta be shitting me if you think I’m going to touch anything inside those vans. It’s not just blood in these things — the first one I opened smelled like burnt hair, and another one was coated in tear gas residue. I almost passed out,” said employee Jack Polakowski. “We’ve had vans rented out by the crustiest of punk bands that came back in better condition than this. Plus, you know how hard it is to get blood out of a car seat? I’m not gonna clean up after these fucking pigs for minimum wage.”

An anonymous representative from the Department of Homeland Security issued a statement after several other car rental companies from other cities came forward with reports of their vehicles being returned in shambles.

“The stories of government employees mishandling rental vehicles have been completely blown out of proportion,” read the release. “Federal police merely rented these vehicles in cities with violent ANTIFA activity to escort the elderly to church, and reports of the vans returning splattered with blood was merely an incident where a cherry pie was dropped after the driver swerved to avoid hitting a kitten.”

Mullaney is considering sending an additional cleaning invoice after discovering a protester bound and gagged in the trunk of a Chrysler Pacifica.