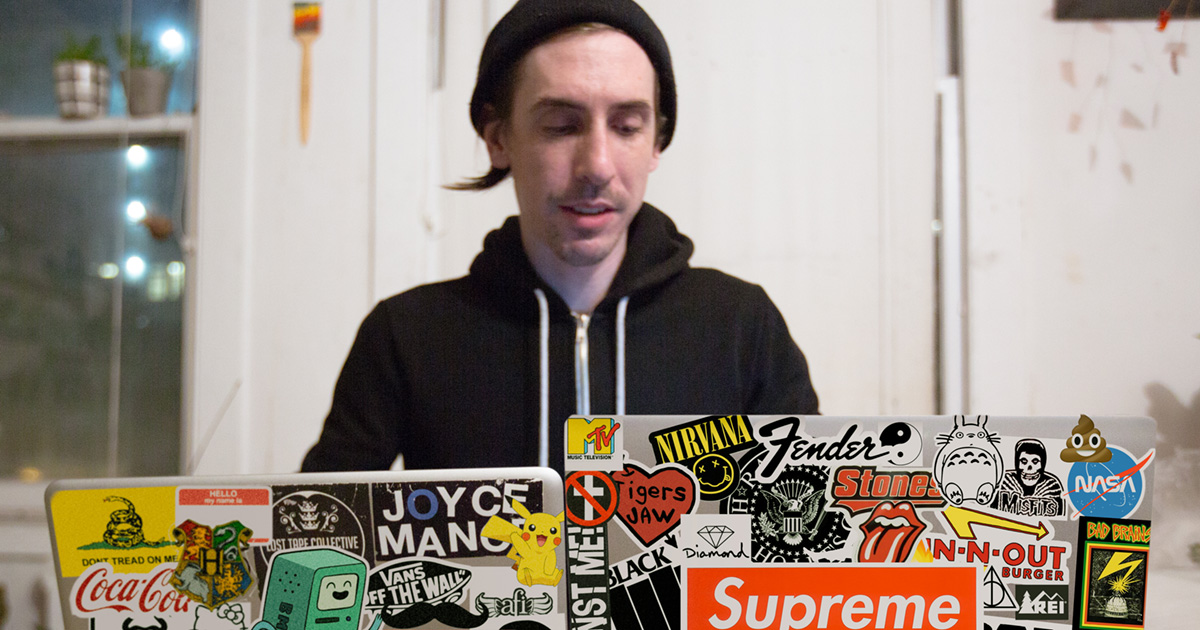 DENVER — DIY zinester and sticker fanatic Peter Binder shelled out $1,200 on another laptop this week after running out of room for new stickers on his current and still totally functional computer, confused sources report.

“I’m into a lot of things, and my stickers reflect that about me,” Binder said while organizing his collectible packs of Sub Pop stickers. “Some people put art on their walls — I put stickers worth $3 or less on expensive electronics. How else will people at Coffee Bean know I’m into Protomartyr and farm workers rights, and that I’ve been to Key West? I gotta get that across.”

Receipts show Binder has spent over $40 on his sticker collection and $3,000 on the Apple products on which to display them — which he considers to be an investment in the computer itself, adding more value through a “cool factor.”

“I sold him the latest MacBook Pro just last week,” Best Buy employee Audrey Kwarteng explained. “I assumed he wanted the 15-inch because he’s a graphic designer or DJ, but all he wanted to know was how many stickers it could hold. I’m new here, so I went out back to check with my manager, but by the time I got back he was measuring a refrigerator.”

“He bought the laptop, but said he’d be back,” she added.

Despite his dedication to displaying his entire personality through adhesive decals, some onlookers remain unimpressed.

“I noticed that young man sitting with two laptops when I got coffee this morning,” said 72-year-old coffee shop patron Patti Holmes. “But he never opened either of them… he just sat there, putting stickers on them like a 6-year-old girl. I don’t understand this generation.”

Binder confirmed he has no intention of slowing down on his collection as he gears up for another zine fest.

“If it comes down to it, I’ll just ask my parents for the money for a third one.” Binder said. “I’d do anything for my stickers. It’s either these or enamel pins… and do you know how often the backings fall off of those? What a waste of money.”

The Hard Times has launched a podcast network and Patreon page. Patrons get ad-free episodes, their name or band name in a Hard Times article, and even the chance to be featured in Hard Times photo on Instagram, plus so much more. Also, once we hit our patron goal, we will release an article so bad, so too soon, so this ain’t chief, that we will have no choice but to shut down the entire website. Help us bring this whole thing to a close by becoming a patron today.