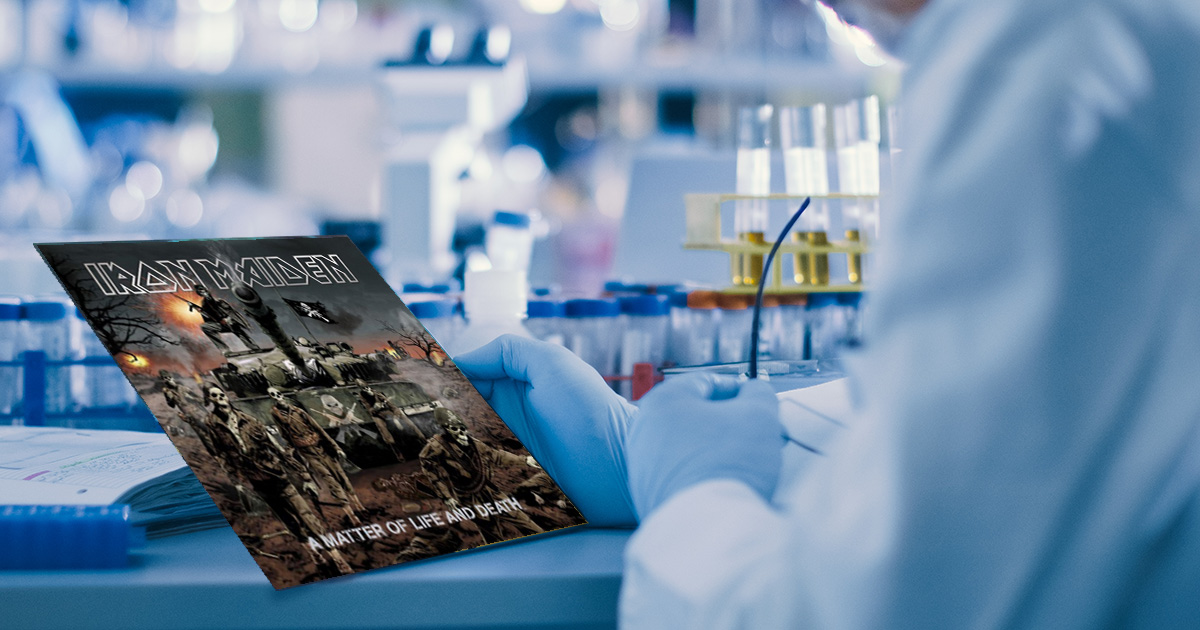 GENEVA — Scientists at the European Organization for Nuclear Research discovered yesterday that Iron Maiden’s 8:46-long “Brighter Than a Thousand Suns” contains a surprisingly decent and listenable 2-minute song once most of its very average musical padding is removed.

“There were a few signs that kept us digging deeper into this Iron Maiden track. For example, the artwork for the album ‘A Matter of Life and Death’ is absolutely sick,” explains Dr. Stanislaw Tarkowski, whose previous research includes determining the lethal dose of a Boss Metal Zone pedal in a finished track. “Unfortunately, we didn’t have the processing power until recently to really mine the good parts from this dense and otherwise average song. With today’s sufficient parallel computing and machine learning algorithms, the resulting song compares nicely to anything on ‘Powerslave’ or ‘Somewhere in Time.’”

“HEY, FOOK YOU, NERDS! You try writin’ four bloody decades of music on just a bass guitar when you have a fookin’ opera singer as a frontman!” yelled the bassist/songwriter, a pioneer worldwide for bassists’ rights. “I’m sorry every other band in the goddamned world started copying our twin guitar leads and galloping rhythm section. Nothing we do is boring, you knobheads!”

Music critics and analysts scrambled to predict how this will affect the future of musical critique.

“This discovery marks a sea change of music appreciation. Imagine Fall Out Boy songs with only the intelligible lyrics, or Public Enemy without Flavor Flav’s nonsense ad-libs. What was once fantasy is now reality,” mused music reviewer and blogger Rachel Sandow. “The entire progressive rock genre is about to be turned on its head. There might be scenarios where a full Rush record can be condensed down to four minutes.”

Dr. Tarkowski is reportedly attempting to use this new technology to extract a fascinating TED Talk from HBO’s “The Wire.”